Keeping true to its namesake, the heartthrob of the nation Kartik Aaryan visited his fans at Mithibai College today to launch the romantic track, Photo, from his upcoming film Luka Chuppi. With Valentine’s Day being around the corner, the heartthrob took over the nation once again with this romantic number. 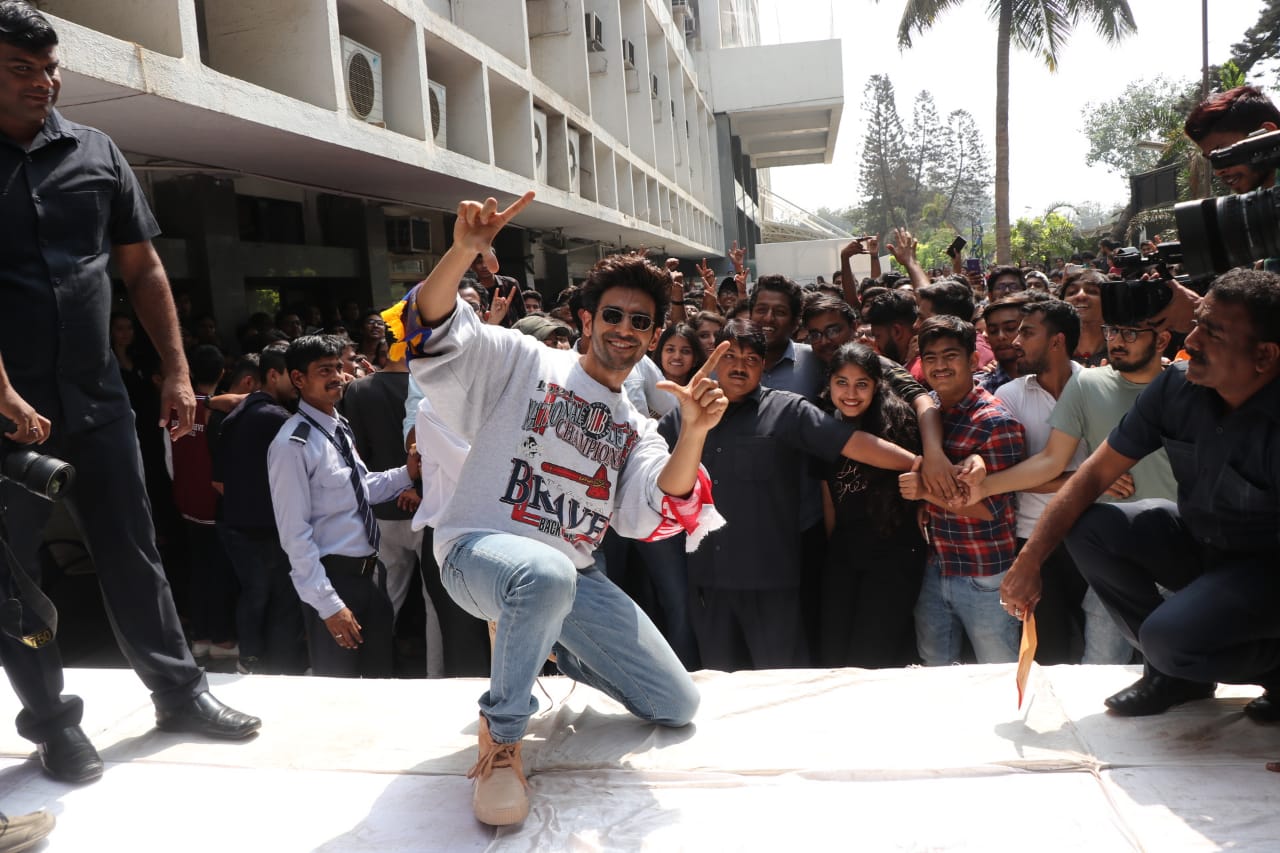 Needless to say, his fans were in a frenzy to see their favourite star boy with them. Kartik has been known for his good looks and hot attire, to see him live launching a romantic number added cherry on the cake for the fans. They hooted and cheered for him, they danced and waved at him. Their energy was on another high.

Kartik interacted with the crowd and invited a few on the stage for a dance with him. After two peppy numbers, Photo is a soft soothing track which showcases the brewing love between the leads in the song. It’s a take on the modern relationship and how two people fall in love.

Kartik has taken over the nation by his charm, his epic monologues are not only celebrated everywhere, but his hot looks and appealing body makes him one of the most desirable actors in the industry today. Not to miss, his cuteness too has been a huge talk among the girls making him the heartthrob of the nation!

With such character attributes, his fans manifestly were on a roll to have him with them. Not only did they love the song, but also cheered for it to be played once again.