Kareena Kapoor has turned producer, and she has joined hands with Ekta Kapoor to produce filmmaker Hansal Mehta’s next project. She will also star in the film. 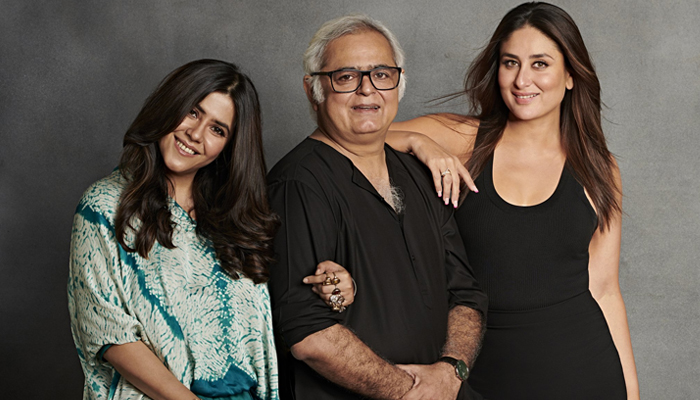 On collaborating with Kareena, Ekta Kapoor said, “Kareena Kapoor Khan is a dynamite combination of star power and talent. We last worked together on ‘Veere Di Wedding’ which was probably the biggest hit headlined by a female star. The second time’s always a charm and I’m confident this one too will excite the audiences. To have Hansal Mehta, one of the most prolific filmmakers of our times tell this story makes it all the more exciting! Get ready for one of the most intriguing and shocking mainstream films thus far!”

Hansal Mehta said, “Our aim with this film is to create a fresh, gripping and moody thriller with Kareena playing a character that I am hoping will do justice to her immense talent as an actor. I look forward to venturing on this journey with Ekta & Kareena, both of whom have accomplished so much in their respective careers and are absolute powerhouses.”

On the work front, Kareena has Laal Singh Chaddha in the pipeline. The film stars Aamir Khan in the lead role and is based on the Hollywood blockbuster film Forrest Gump.