Actor Kangana Ranaut who these days is busy shooting for the movie ‘Dhaakad’ took to her Instagram page and posted a status thanking her Korean team who were working for the movie. 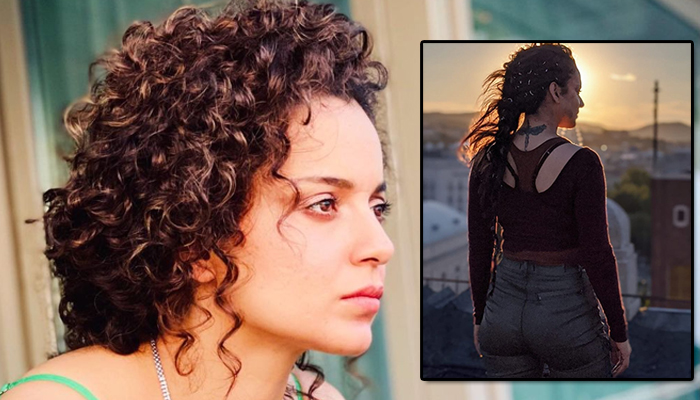 Kangana shared a picture where she got clicked in gray jeans and a top and shows a tattoo on the neck. Kangana captioned the picture, “As the shoot is about to come to an end, she will live in me beyond the film…. She will rise inspite of herself and her inner demons #Agni #Dhaakad

Dhaakad is a spy thriller, helmed by director Razneesh Razy Ghai. In the film, Kangana will be seen essaying the role of an officer named Agent Agni. While the actress is wrapping up the shoot in Budapest, the film’s first schedule was previously shot in Madhya Pradesh.

Actors Arjun Rampal and Divya Dutta are also a part of ‘Dhaakad’, which is based on issues of child trafficking and crimes against women. Touted to be a spy thriller, the film is being helmed by Razneesh Ghai and produced by Sohail Maklai and Deepak Mukut. ‘Dhaakad’ is slated to release on October 1, 2021.

Meanwhile, Kangana Ranaut will be seen next in Thalaivi, a biopic on J.Jayalalithaa. She also has Tejas and Manikarnika Returns: The Legend Of Didda in her kitty. She will also play the role of former Prime Minister Indira Gandhi in an upcoming political drama Emergency.