Meet Dr Kabir Rajveer Singh, an alcoholic, a drug addict and a crazy lover….After teasing with intense posters & powerful glimpses for a while, finally, the makers of much-awaited Hindi film Kabir Singh have dropped its official trailer on the internet. 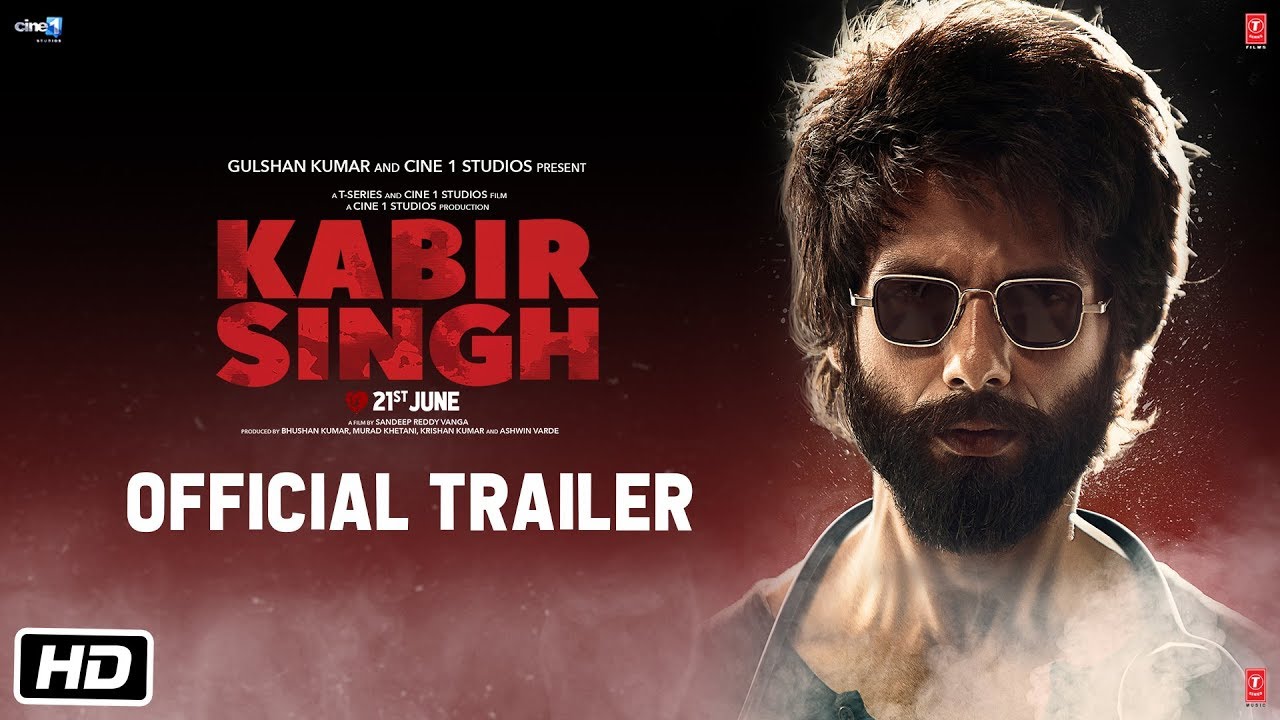 The 2 mintues and 43 seconds video showcases the story of Dr Kabir Rajveer Singh, who happens to be a stubborn and a self-destructive man whose love for Preeti (played by Kiara Advani) has no boundaries. It wouldn’t be wrong to say that Shahid Kapoor’s intense persona stands out as a clear winner in the trailer.

Kiara’s childlike innocence and the crisp, well-written dialogues also demand everyone’s attention. Anyhow, The trailer begins with Kabir Singh asking about a girl at a clinic. Throughout the course of the video, we discover that Kabir Singh is very, very angry and that his relationship with Preeti is as toxic as his habits.

Kabir Singh, an alcoholic surgeon with anger management issues, goes on a self-destructive path after his ex-lover marries someone else, Kabir Singh, slated to release on June 21, is a Hindi remake of the 2017 Telugu hit film Arjun Reddy, starring Vijay Deverakonda and Shalini Pandey.

Just like the original rendition, Kabir Singh will also be directed by Sandeep Vanga. The Hindi dialogue is by Siddharth-Garima. Irshad Kamil is the lyricist and the music composers are Radhan (who also worked on the original), Mithoon, Amaal Mallik, Sachet-Parampara and Vishal Mishra.