Shahid Kapoor and Kiara Advani is all set for his upcoming release Kabir Singh. Directed by Sandeep Vanga, it is an official remake of 2017’s super hit Telugu film Arjun Reddy that was starring Vijay Deverakonda and Shalini Pandey. 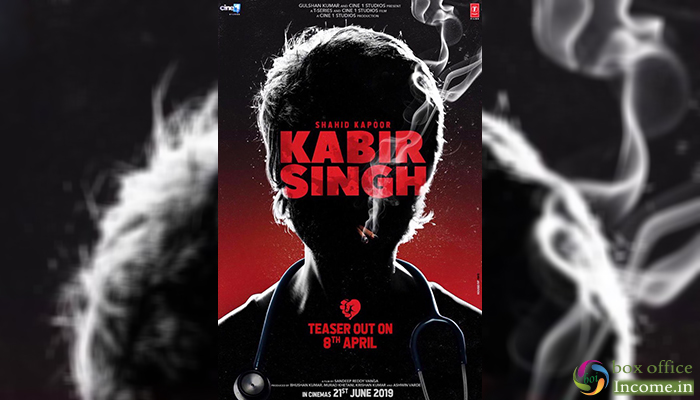 On Wednesday, April 6, Kabir Singh once again hit the headlines with the release of it’s first look poster. The leading actor Shahid Kapoor himself took to twitter to share the picture with fans and captioned it, “Find the #kabirsingh within you.!”

The poster will leave you even more desperate for the teaser to drop out. Shahid will be playing the role of an alcoholic surgeon in the film. This poster shows the actor hidden in darkness with a statoscope around his neck and he’s smoking cigarettes too. The story is based on a man who goes into a self-destructive path after his ex marries someone else.

Earlier talking about Kabir Singh and Arjun Reddy, Shahid had said to PTI, “The original was very raw, very honest. I don’t think there was anything in the film that was for effect. I just felt it said things as it is and was a brazen journey of a character who goes through an emotional arc which is extreme.”

He added, “The honesty of the film connected with the audience. Otherwise, for a film like that, there would be a limited audience. But it was loved across the board. The idea is to do it all over again.”

After the first look, now fans are excitedly looking forward to the official teaser of Kabir Singh which is all set to hit internet on April 6th, 2019. The flick which went on floors in August will hit the big screens on June 21, this year.