Since its release, the latest Hindi romantic drama Kabir Singh is heading strongly at the box office and passed the opening week on a phenomenal note. Due to positive word of mouth, the movie has a solid pace in its second week as well, despite having several new offerings in the opposite. 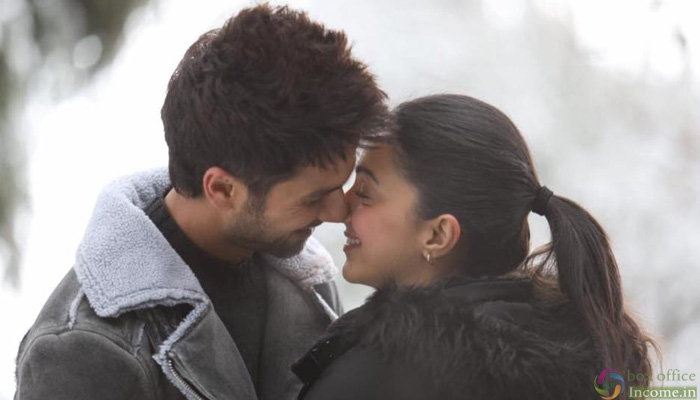 Produced by Cine1 Studios and T-Series Films, Kabir Singh is the remake of Telugu film Arjun Reddy starring Vijay Deverakonda and this is why it was released with huge buzz across the country. Starring Shahid Kapoor and Kiara Advani, the movie got an advantage of high star power and impressed everyone with its story line.

After a terrific opening, Sandeep Vanga Reddy’s directorial remained super-strong throughout the opening weekend and did the business of 70.83 crores, that included 20.21 crores of Friday, 22.71 crores of Saturday and 27.91 crores of Sunday from 3123 screens across India.

Then on weekdays, Kabir Singh witnessed usual drops but still managed to remain strong and bagged total 63.59 crores, that included 17.54 crores of Monday, 16.53 crores of Tuesday, 15.91 crores of Wednesday and 13.61 crores of Thursday. After a week, the total collection of the movie was recorded 134.42 crores.

Now Shahid-Kiara starrer has stepped-in on its second weekend and still has a strong hold over the audience. On 2nd Friday, it faced a drop of 10.81% than the previous day and minted the amount of 12.21 crores. With this, its 8 days total collection has become 146.63 crores at the domestic box office.