The new much-awaited Hindi offering that was released this Friday, Kabir Singh has passed its first weekend on an exceptional note. The movie is enjoying one of the best word-of-mouth in recent times, thus successfully attracting various sections into theatres and not just youth. 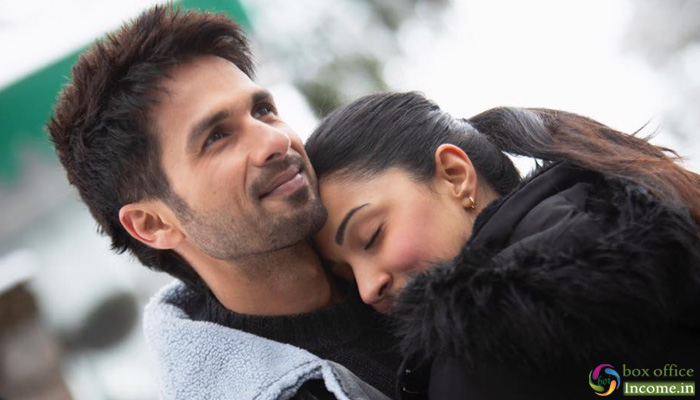 Starring Shahid Kapoor and Kiara Advani in lead roles, Kabir Singh has impressed all the viewers with its story-line. All the actors have performed superbly well in the movie and are being praised by everyone, especially Shahid, who has unleashed the beast in himself.

On the first day, Cine1 studio’s production took a terrific start in morning and also showed a good growth over the evening and night shows. With an excellent occupancy across the country, it did a massive business of 20.21 crores on Friday from 3123 screens and emerged the fourth best of the year so far.

Due to strong word of mouth, Kabir Singh remained rock-solid on Saturday as well and bagged the amount of 22.71 crores. On the next day i.e. Sunday, the movie witnessed a remarkable jump in footfalls and minted the amount of 27.91 crores. With this, its 3 days total collection has become 70.83 crores at the domestic box office.

As per current trend, Sandeep Vanga Reddy’s directorial is positively expected to remain strong on weekdays as well and unlock the 100-crore club by the end of this week. Produced by Bhushan Kumar, Murad Khetani, Krishan Kumar and Ashwin Varde, the film is a T-Series and Cine1 Studios presentation. Kabir Singh is an official remake of Arjun Reddy.