Shahid Kapoor and Kiara Advani starrer Kabir Singh is all set to hit the screens tomorrow i.e 21st July 2019. The drama-film is based on the Telugu hit ‘Arjun Reddy’ which was also directed by Sandeep Reddy Vanga. Arjun Reddy was a huge hit at the box office, so the expectations are high from Kabir Singh too. 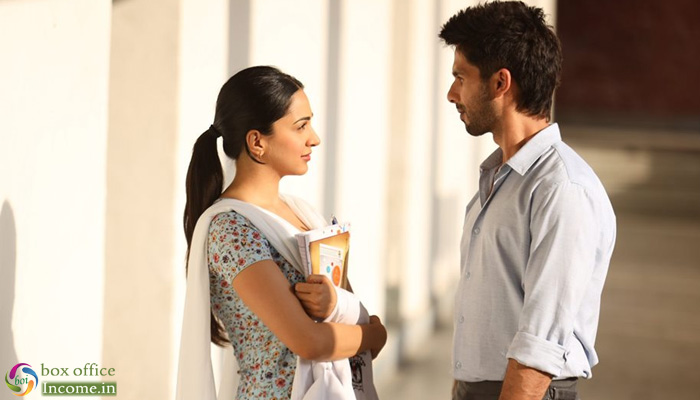 Kabir Singh is the major release of this week which has a good initial buzz among fans as well as the audience. With its trailer and promos, the movie has generated good interest in the public, also the music has hit the right note and receiving thumbs up from the listeners.

As per trade analysts, Kabir Singh is capable to perform better at box office after release, also its craze among fans is good. The movie has received decent response for its advance booking & as per the report from sources, its first day overall occupancy would be around 20-30% on Indian screens.

All these factors combined together with the fact that a major film is releasing more than two weeks after Bharat should ensure a good opening for Kabir Singh. So as per the current trend and considering the records, Kabir Singh seems capable to open on a good note i.e. a range of 11+ crores at least.

Kabir Singh is jointly produced by Cine1 Studios and T-Series and focuses on the protagonist, an alcoholic surgeon (played by Shahid Kapoor) who goes on a self-destructive path after his girlfriend is forced to marry someone else.