At the trailer launch of Jug Jugg Jeeyo in Mumbai on Sunday, filmmaker Karan Johar admitted that Kiara Advani is Dharma Productions’ lucky mascot. Having worked with Kiara Advani from Lust Stories, Good Newzz, Guilty, Shershaah to now JugJugg Jeeyo, Karan Johar has tasted success via every association with the young and talented actress. 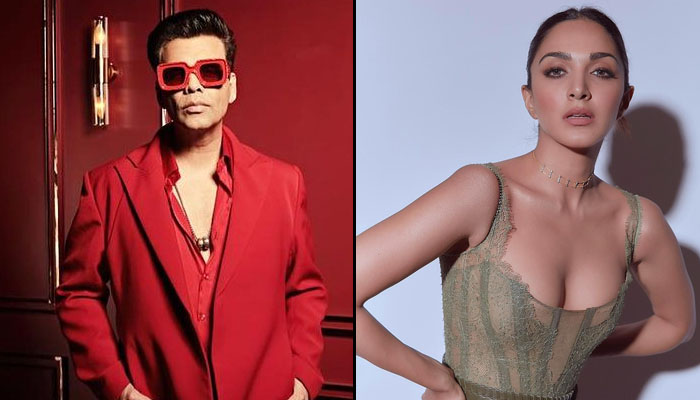 Acknowledging the splendid association with Kiara Advani, Karan Johar regarded the actress as the lucky mascot for their production house saying, “My journey with her began with lust and then she became an absolute must. Everything we have done with her has been immensely successful. She is definitely the lucky mascot that the Dharma Productions has. She’s given us Good Newzz even though she’s been Guilty and many a time, she’s a blessing, just like JugJugg Jeeyo. Everytime she’s been on screen, she has been spelling pure magic for us at Dharma Productions.”

One of the biggest successful films of last year, Kiara Advani’s Shershaah presented to the audience – Dimple, who ruled the hearts of the audience with her simple and appealing performance. Currently riding high on the success of her latest release Bhool Bhulaiyaa 2, Kiara Advani’s horror comedy has ended the dry spell of Hindi Film industry at the box office, emerging as the second-highest opening in the pandemic.

Creating an uproar with the trailer of JugJugg Jeeyo, Kiara Advani has got the excitement stirring in the audience to witness yet another interesting project. Packed with emotions, the family drama JugJugg Jeeyo is a total entertainer.

Post JugJugg Jeeyo, Kiara Advani will yet again be seen in Dharma Productions’ Govinda Naam Mera, followed by a string of unannounced projects.