Aayush Sharma who celebrated his birthday on Monday received a special greeting from Hollywood actor Jonathan M Tucker. The LoveYatri actor responded to the same expressing his fondness for his recent show Kingdom. 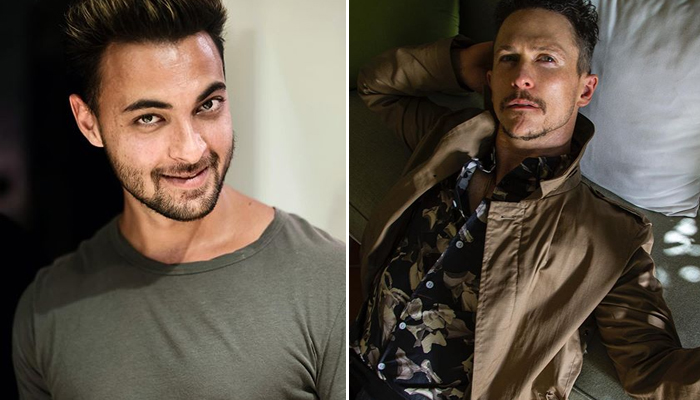 As Aayush Sharma turned a year older yesterday, the actor was showered with wishes from all over by his loved ones. What caught our attention is the special wish by Jonathan M Tucker, who is known for his work in Charlie’s Angels, Parenthood, Kingdom etc.

The Hollywood actor shared a video extending his wishes to Aayush Sharma, to which the latter responded expressing his fondness for Jonathan M Tucker’s character in his show Kingdom.

Aayush Sharma celebrated his birthday with family and friends in Mumbai. The actor was treated with a special birthday surprise as his family decorated the house with candles, balloons and pictures tracing his life journey.

Known for his performance in the much popular film LoveYatri, Aayush Sharma offered to the nation one of the most loved chartbusters ‘Chogada’in his debut film. Aayush is currently gearing up for his upcoming projects including the Mahesh Manjrekar directorial Guns of the North.