Following the announcement of reopening theatres in Maharashtra, another biggie is set to be released. We’re talking about the film Ek Villain Returns, which stars John Abraham, Arjun Kapoor, Tara Sutaria, and Disha Patani. According to the producers, The thriller will be released on July 8, 2022, during the auspicious Eid weekend. 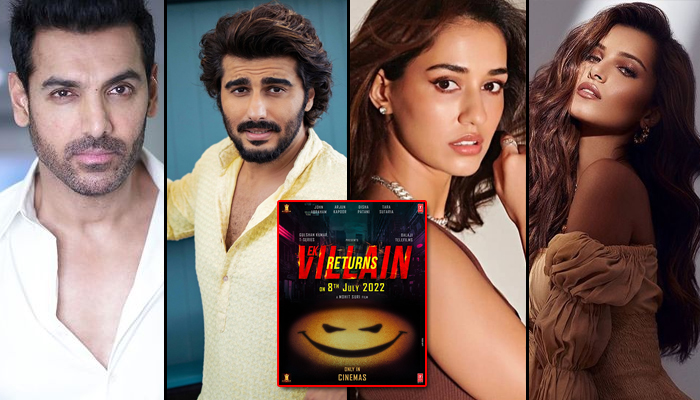 The makers (Balaji Motion Pictures and T-Series Film) shared this news as they tweeted along with a poster, “Dosti nahi Dushmani nibhane aa rahe hai. #EkVillainReturns on 8th July 2022.”

John Abraham, one of the lead actors of the film took to his social media handle to make the announcement. “Iss baar eidi villain dega! Tareek aap yaad rakhna – 8th July 2022. #EkVillainReturns on EID 2022,” he wrote along with a new poster.

Ek Villain Returns is directed by Mohit Suri and jointly produced by Bhushan Kumar & Ekta Kaoor. It is the sequel to the 2014 film that starred Shraddha Kapoor, Sidharth Malhotra, and Riteish Deshmukh.