The trailer of Jayeshbhai Jordaar was launched today in Mumbai. The film stars Ranveer Singh in the lead role. Written and directed by Divyang Thakkar, the fim is set to hit cinemas on May 13, 2022. Jayeshbhai Jordaar also features Boman Irani, Ratna Pathak Shah and Shalini Pandey in pivotal roles. 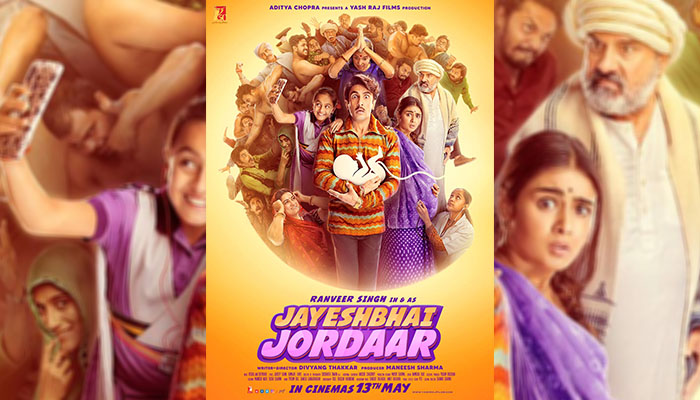 The official Twitter handle of Yash Raj Films shared the trailer link of Jayeshbhai Jordaar and captioned it, “Jai Mataji! #JayeshbhaiJordaar TRAILER OUT NOW! Celebrate #JayeshbhaiJordaar with #YRF50 only at a big screen near you on 13th May (sic).’

In the trailer, Ranveer Singh plays the son of Boman Irani, who is the sarpanch of his village. Shalini Pandey plays Ranveer’s wife, who is pregnant for the second time and this time her father-in-law (Boman Irani) and mother-in-law (Ratna Pathak Shah) want her to bear a son.

However, when they get to know that she is pregnant with a girl child, they want her to abort the child but Jayeshbhai would do anything to protect his unborn baby. He flees along with his wife and daughter. And, so begins a cat-and-mouse game between him and his father.