Himesh, who is on a high after getting good reviews from critics as an actor for his last film Happy Hardy and Heer is teaming up with Javed Akhtar again for his next film. He will be composing for the movie titled Namastey Rome which is being directed by Rajesh Sethi. 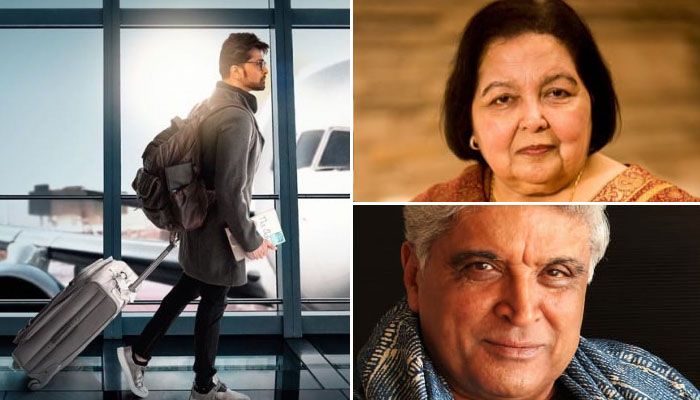 Himesh and Javed Akhtar last worked together for Namastey London for which the music became a landmark . The winning combination is coming back with Namastey Rome and the music of Namastey Rome has turned out to be even better according to both of them.

Javed sahab said “I believe that once any creative work is over and is ready for the public domain the creator of the work should cut the umbilical chord and move forward. I rarely watch the films or listen to the songs I have done in the past but here is an exception. I got to hear the songs of Namastey Rome after a few months of the recording”.

“As per my habit I had forgotten about them but believe me they were an extremely pleasant surprise for me. I must congratulate and thank Himesh Reshammiya with whom I had done a film Namastey London.The music of the film had become extremely popular but honestly it’s not a lack of humility that makes me tell you that in Namastey Rome the music has reached another level,” he adds.

On the other hand Pamela Chopra also has great things to say about the movie and the director Rajesh Sethi , she said “I am very happy for Rajesh , I am very happy for myself ,I had given up hope that there would be any filmmaker who would think of making a film like Yashji , After all it had to be the shagird of my husband , all my blessings with Rajesh”.

Director Rajesh Sethi has started workshops with Himesh for his character and Himesh’s new look for the film will be revealed soon. The female lead and the rest of the cast will be finalised in the next 4 months, the makers will start shooting for the film this year.

Himesh said “I am very happy with the music and Javed sahab is a legend and every word penned by him for this movie is a gem. I am very proud of this product and the way Rajesh ji has conceived the movie I feel he will make a great film, really looking forward to working with Rajesh ji”. Himesh returns as an actor in the movie titled the Xpose Returns, which is a sequel to his movie the Xpose. He will also be back on our tv screens as his show returns soon!