A light hearted comedy-drama that addresses the social stigma around condoms, ‘Janhit Mein Jaari’ headlined by Nushrratt Bharuccha does exactly what it promises – educates and entertains! The film encompasses the journey of a young girl who sells condoms for a living, despite societal resistance, and decides to teach her family, in-laws and society at large an important lesson. Sources now reveal that the makers are planning a sequel to the film with another riveting subject issued in public interest. 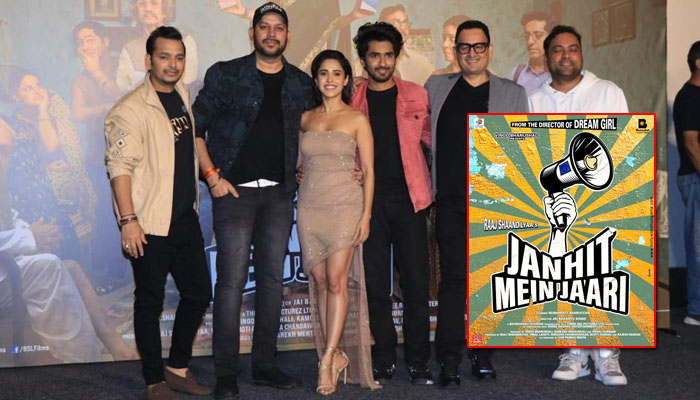 ‘Janhit Mein Jaari’ struck a chord with audiences and had them completely intrigued, while the critics spoke about how the film enlightens and entertains, raved about the punch-lines and humour and praised the impactful performances in the entertainer – What made it even more interesting is that unlike other socially relevant films, this one was headlined by a female star, Nushrratt Bharuccha. It comes as no surprise then that a sequel is on the cards and more interestingly, one headlined by a female star.

While the film was made on a humble budget of 20 crores including the cost for P&A worldwide, it has already recovered 23 crores in its satellite, digital and music rights. Additionally it received a 2 crore subsidy from the Madhya Pradesh government and close to 4 crore at the box office, amassing the makers a gross profit of 8 crore already.

If that wasn’t all, as per sources a south production house has approached Bhanushali Studio Limited for the Tamil, Telugu and Punjabi remake rights of ‘Janhit Mein Jaari’ with an A-list female star in each language. The film sparked much-needed conversation around the taboo subject and it would be interesting to see how it’s adapted for different regional audiences.