Nushrratt Bharuccha starrer Janhit Mein Jaari is two weeks away from its worldwide release and the young star along with co-actor Anud Singh travelled to Jaipur to promote the film in the Pink City. 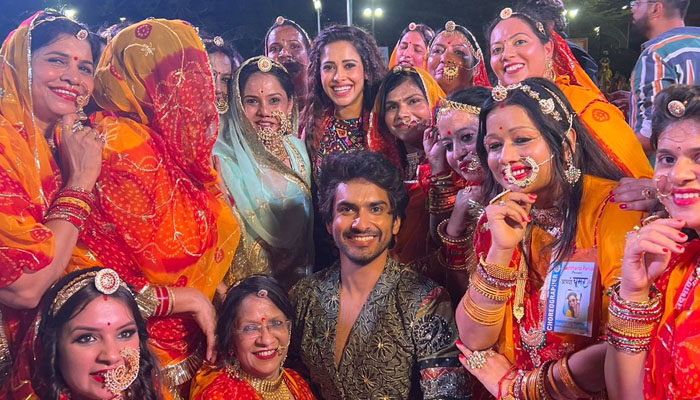 The cast visited Miraj Cinema where they showcased the trailer of ‘Janhit Mein Jaari’ and interacted with the Rajasthan media at length talking about the film, behind the scene trivia and how the message of the film is one that needs to reach every corner of the country.

Keeping with the film’s tagline ‘Ek Womaniya Sab Pe Bhaari’, later that evening, Nushrratt Bharuccha and Anud Singh also attended a monumental event where close to 6000 women came together to create a world record of doing Ghoomar together and the duo danced on the title track of the film with the women.

Raaj Shaandilyaa and Vinod Bhanushali are all set to bring you a coming-of-age comedy drama ‘Janhit Mein Jaari’, directed by Jai Basantu Singh that promises to tickle your funny bones and open your mind to possibilities.

Told in a fun fashion with Shaandilyaa’s trademark humour, ‘Janhit Mein Jaari’ encompasses the journey of a young girl who sells condoms for a living, despite societal resistance, and decides to teach her family, in-laws and society at large an important lesson.