T-Series and Jacqueline Fernandez have been a hit pair, delivering blockbuster songs over the years. After their last music video together, GF-BF did wonders on the digital medium, they reunited for a quirky yet modern take on an old classic, Mere Angne Mein. The song, that has been directed by Radhika Rao and Vinay Sapru, has been bankrolled by Bhushan Kumar and features Bigg Boss 13 famed Asim Riaz opposite Jacqueline in the video. 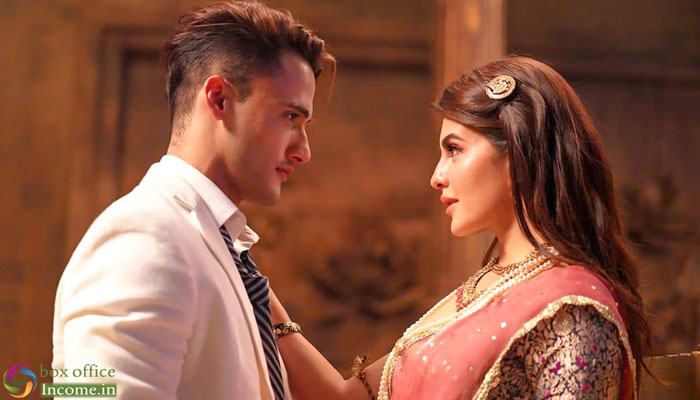 The song was unveiled on March 9 and captures the essence of the colourful festival well. The song that hit the T-Series’ digital platforms, has already turned out to be a huge chartbuster. With over 30 million views and counting, Mere Angne Mein is already a huge success for T-Series and Bhushan Kumar. In fact, it was consistently trending at the number 1 spot globally for over 48 hours which is a feat that has not been achieved by any other Indian music video. Jacqueline, on the other hand, has received a lot of praises for her performance.

She plays a princess from the era of 1435 AD and has aced it with her look and her dancing prowess. Whether it’s her royal look or nailing the sword sequence, Jackie looked every bit the princess that we have grown up reading about. Radhika and Vinay, who delivered the smashing hit Yaad Piya Ki Aane Lagi recently, starring the beautiful Divya Khosla Kumar, with 200 million views and counting on YouTube, were very clear about their vision behind this music video and they had carefully planned Jacqueline’s princess look for the same.

Jacqueline is happy with the accolades coming her way and she shares, “I had always loved the concept of Mere Angne Mein. The way the song and the music video were designed, fascinated me. I’m glad I did it since it has worked out so wonderfully well for everyone involved. It was the No.1 song on YouTube since it released and has already clocked over 30 million views which is mind-blowing. I have been receiving several messages for my princess look and people have been loving it. I’m very happy with the response to the song.”

Bhushan Kumar, head honcho of T-Series, adds, “We were always confident about the video. The team came up with a fresh take on a classic number and Neha Kakkar’s vocals accentuated it. Jacqueline has always been one of our most favourite actresses and we have always delivered hit songs. She’s effortless in Mere Angne Mein and the numbers are a proof. The song is already trending and is a chartbuster, so we at T-Series are delighted with the audience’s reception.”