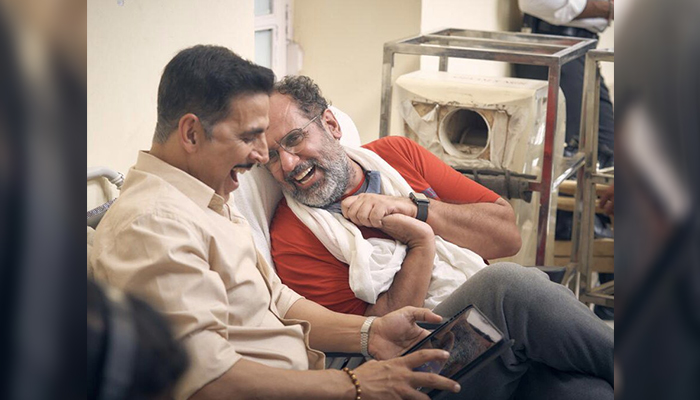 Taking to his Twitter handle, Akshay posted a candid picture featuring himself sharing a hearty laugh with Aanand. He also shared that the movie shoot was completed on Monday night.

He wrote, “Here’s to all I and @aanandlrai did throughout the shoot of #RakshaBandhan – laugh like there’s no tomorrow! Ironically, as we wrapped the film last night, there was a bittersweet tinge of sadness. Off to the next. New day, new roller coaster (sic).”

Directed by Aanand and written by Himanshu Sharma and Kanika Dhillon, the film is produced by Colour Yellow Productions, Zee Studios, Alka Hiranandani in association with Cape Of Good Films. ‘Raksha Bandhan’, helmed by Aanand L Rai, is a heart-tugging story of the indelible bond between a brother (Akshay Kumar) and his sisters, essayed by Sahejmeen Kaur, Deepika Khanna, Sadia Khateeb, and Smrithi Srikanth.