The talented trio of Ekta Kapoor, Guneet Monga and Tahira Kashyap Khurrana recently announced their endeavor- a cinema collective named ‘Indian Women Rising’ in an effort to promote and accentuate Indian female content creators across the globe. As their first project, the initiative has chosen to support the internationally acclaimed short film ‘Bittu’ where the collective will put its muscle to aid the film’s campaign at the Oscars run. 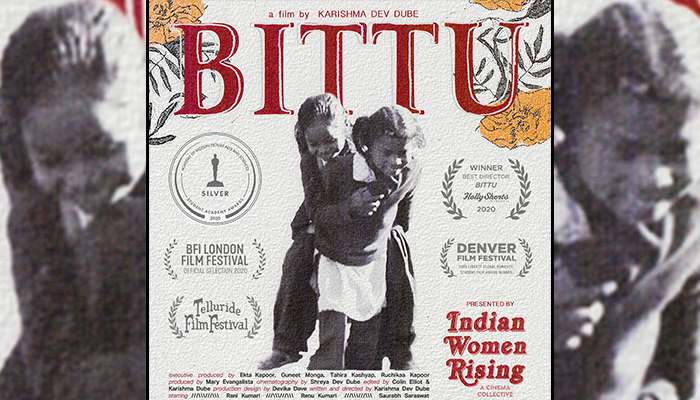 Directed by Karishma Dev Dube, A past Dean’s fellow from NYU, the unreleased ‘Bittu’ has bagged the honour of the 47th ‘Student Academy Award’ and is now set to run the race for the Oscar for Short Film Category. Inspired by the infamous school poisoning of 2013, ‘Bittu’ explores the close friendship between two school girls on this seemingly normal day at school. Set in the picturesque locations against the backdrop of Himalayas, Bittu follows the story of an eight-year-old who must take matters into her own hands when her community fails to protect its most vulnerable.

Backing the film as its first project under the initiative of ‘Indian Women Rising’, Ekta Kapoor, Guneet Monga and Tahira Kashyap Khurrana have pledged to empower this story presented by a strong team of women comprising of Karishma Dev Dube as the director, Shreya Dev Dube as the cinematographer and Mary Evangelista as the producer. ‘Indian Women Rising’, a cinema collective is determined to discover, nurture and shine spotlight on Indian female talent in cinema across the globe, pushing the film’s journey to expand its scope of marketing, sales and distribution.

Talking about the selection of ‘Bittu’, Indian Women Rising’ in a joint statement shared, ‘Bittu’ is a simple yet an incredibly impactful story. We resonated with the story presented by female creators, with Karishma Dev Dube, Shreya Dube and Mary Evangelista coming together as a team. With ‘Indian Women Rising’, our is aim to be able to provide the necessary thrust to potential stories in order to achieve higher goals, ‘Bittu’ seemed the ideal choice for our first project with its refined story and immaculate presentation and we plan to shine spotlight at the film as it joins the run for Oscars in Best Live Action Short category.”

Director Karishma Dev Dube shares, “Bittu stems from certain aspects of my life in boarding school in Dehradun- my most formative friendships in and sometimes my difficult relationship with authority. At its core however, the film is a re-imagination of the infamous 2013 school poisoning in Bihar, through the eyes of Bittu, a fierce and brilliantly foul-mouthed eight year old girl. The film is less about why and how the poisoning happened, instead it attempts to bring to life an otherwise forgotten community in the foothills of the Himalayas. We’ve had an incredible journey with Bittu, we were honored with the Student Academy Award last year and continue to explore new worlds with our proud partnership with IWR- an initiative much needed in India.”