Actor and filmmaker Sohum Shah has extensively spoken about Zoya Akhtar’s debut film ‘Luck By Chance’ in his social media segment #FilmonPeCharcha, talking about the late actor Rishi Kapoor. Sohum Shah took to social media reminiscing his favourite character from the film as he  spoke about the late actor Rishi Kapoor’s character in ‘Luck By Chance’. The actor also highlighted the prominence behind the special cameo of Shah Rukh Khan, explaining its relevance. 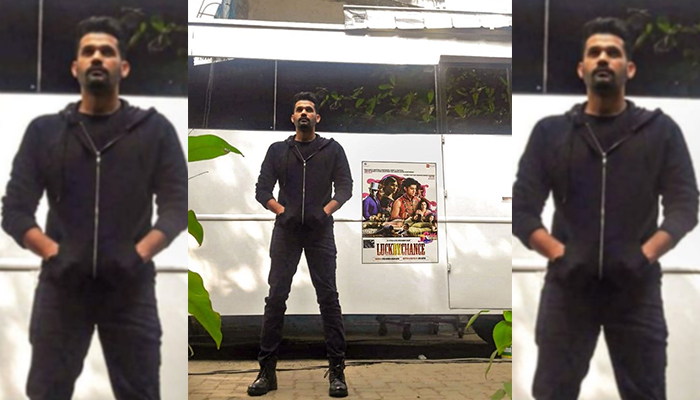 Being a filmmaker himself, Sohum Shah has a knack of not just understanding but also appreciating deep and meaningful cinema. Celebrating the brilliance of motion pictures from across the globe, Sohum Shah has chosen a list of films to discuss on his social media platform himself, in his segment #FilmonPeCharcha.

Amidst the lockdown, Sohum Shah started the segment to share his favourite movies and give a detailed perspective on the filmmaking of the same. Ranging from regional Indian movies to Hollywood classics and regional cinema of around the world, #FilmonPeCharcha covers a varied list of movies.

Sohum Shah created a storm across the world with his film Tumbbad that recently clocked two years, winning appreciation and recognition not just in India but also in international film festivals, owing to the visually stunning experience and the intriguing and mind-bending story.

Apart from Tumbbad, Sohum Shah is also known for his remarkable performances in Ship of Theseus, Talvar, Gulaab Gang amongst others and would be next seen slipping into an intriguing character for Big Bull.

Iss baar #FilmonPeCharcha mein I’d like to talk about Zoya Akhtar’s debut film, ‘Luck By Chance’, a film that combines insight with humour. The reason why I like this film is because of how it shows the Bollywood industry from the perspective of an insider. The film has a wonderful star cast, each playing their role perfectly, lekin mera favourite character toh Rishi Kapoor ka Romy Rolly hai, his character is so well written it’s such a delight to watch Rishi Ji in action. One thing that I really liked about the film is how the cameos by the stars actually have an impact on the plot of the film. In Shah Rukh Khan’s cameo, he says something about ‘pre-stardom friends being the ones who matter at the end of the day’, and I think about that dialogue and how it’s relevant to all of us and not just the stars. Agar aapne yeh film dekhi hai toh apne thoughts neeche comments mein bhej do