Parineeti Chopra’s Saina trailer left everyone amazed and the actor’s nuanced performance as the ace badminton champion in the Amole Gupte directed biopic has already piqued interest among cine-goers. But not many know that a lot went behind the scenes to get the film ready. 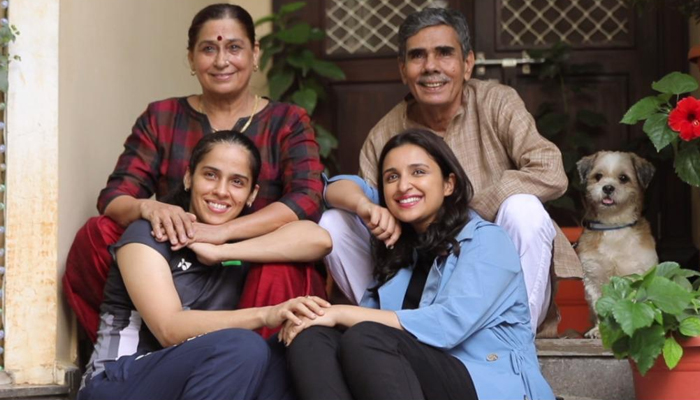 Parineeti, who was in constant touch with Saina, says, “Saina was very approachable and answered all queries I had. I literally discussed everything under the sky with her, my training, fitness to if I am holding the racquet right. I wanted to look right for the part and do justice to the sport and Saina.”

While Saina’s presence on the sets could have easily intimidated her, making her all the more nervous, Pari shares that she was happy that the badminton champion wasn’t on the set. The actress laughs, “I remember visiting Saina Nehwal’s house in Hyderabad to meet her and she had told me, ‘I have never seen you play sports before.’”

“When we returned I knew I had to double my training as someone entrusted me with a responsibility to play the sport right. If I can play even 1% of what she played, I would consider myself lucky. I was glad only my coaches and trainers were there. If Saina herself had been there, would’ve made me very nervous,” she added.