Riding high on the mega success of Kabir Singh, Arjan Bajwa is set to spring a huge surprise on the audience and his fans with his next offering, a web series titled ‘State of Seige 26/11’ which will be released on Zee 5. 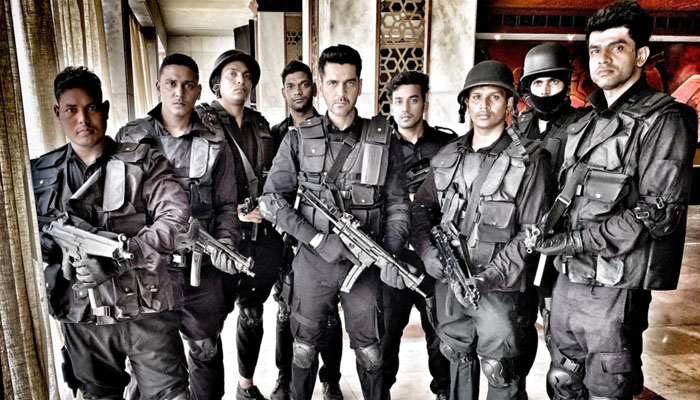 The actor known for his charming personality and rich baritone will be seen portraying an inspiring role of the real life hero, NSG (National Security Guard) counter-terrorist unit head – Col Sunil Sheoran in the digital show.

Having portrayed memorable roles in successful films, Arjan is quite excited and upbeat about pulling off yet another interesting and challenging role in the show, also featuring Arjun Bijlani, Mukul Dev, Vivek Dahiya, Tara Alisha Berry, Sid Makkad, Vikram Gaikwad and Avinash Wadhwan.

Sharing his experience of playing such an important character in the show, Arjan explains, “It’s truly overwhelming. I always wanted to portray the character of a defence personnel and there couldn’t be a better one than the Commanding Officer of the NSG who rescued the Mumbai city with his NSG Commandos during the terrorist attacks. It has been the most remarkable feat NSG has achieved.”

Having worked closely, interacting with real-life NSG commandos who helped the actors learn the basics of the way NSG operate, Arjan feels blessed to be part of the show. “I wish I was a NSG commando in real life,” he states, elaborating, “Uniform instantly brings out the courage, confidence and pride in you the moment you wear it. That’s the power of a uniform.”

Talking about his preparation process, Arjan informs, “I was fortunate to meet Colonel Sunil Sheoran who is also referred to as ‘bullet catcher’ since he was shot thrice but he survived. There were people from the NSG who taught us how to use weapons, informed us about details related to the uniform, their body language, body posture, protocols one needs to follow, language they use to communicate with each other during operation, their personal relationships with each other as colleagues, etc. So all these things collectively make you prepare for the character. We tried to learn everything a commando is all about.”

Based on Sandeep Unnithan’s book, ‘Black Tornado: The Three Sieges of Mumbai 26/11’, Operation Terror: Black Tornado is an eight-episode series, produced and created by Abhimanyu Singh of Contiloe Pictures and co-created and directed by Matthew Leutwyler. Going by the subject that shook the entire world, we can’t wait to see the highly-anticipated web series and especially Arjan Bajwa in a never-seen-before character!