For the first time, Rajkummar Rao and Sanya Malhotra will share screen time in the film Hit. The film is the official Hindi remake of the Telugu film titled ‘Hit’. The mahurat pooja ceremony for the film was held today in the presence of Rajkummar Rao, producer Bhushan Kumar, and director Sailesh Kolanu. 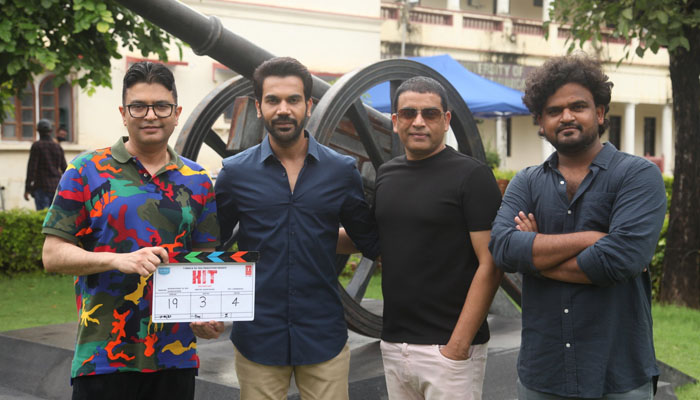 The original film, HIT (Homicide Intervention Team) was also directed by Sailesh Kolanu and features Vishwak Sen and Ruhani Sharma in lead roles. The Hindi remake has been titled Hit- The First Case.

The film’s plot focuses on a cop who is tracing a missing woman. Rajkummar Rao will be playing the role of a police officer in the film.

In a statement, Rao had said, “It’s an engaging story, relevant in today’s environment. As an actor, I am always on the lookout to play characters I haven’t explored, and HIT gives me a chance to do that. I am looking forward to take this journey with Sailesh and Dil Raju.”