Himesh Reshammiya can surely be termed as the Man with the Midas Touch. Whatever he touched, turns into gold and becomes a blockbuster hit overnight with a million views and audio streams. His record label has delivered 4 super hit albums namely Surroor 2021, Himesh Ke Dil Se, Moods and Melodies, Super Sitaara and 8 songs. 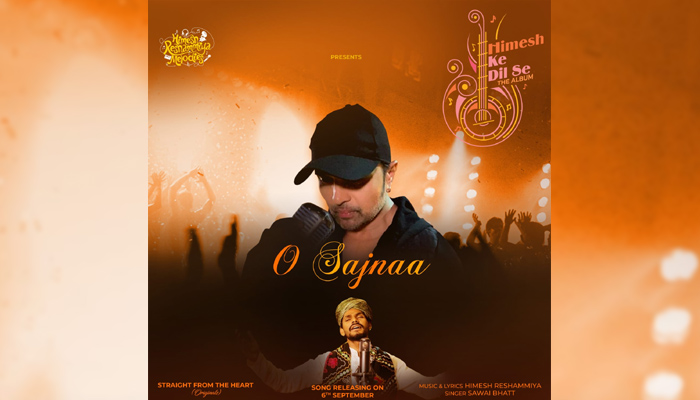 Not only that, he also gives major breaks to the newcomers one after the other, giving them a chance to shine with some amazing compositions, all done by Himesh the musical magician.

After 8 blockbuster hits, the musical genius Himesh Reshammiya brings to you the 9th track, O Sajnaa with Sawai Bhatt, the singer behind the chartbuster Sanseinn. From the album Himesh Ke Dil Se which is a huge success in its own right, the song O Sajnaa will be sung by Sawai Bhatt who has an amazing Rajasthani ethnic voice.

Speaking on the song, Himesh says that, “The song O Sajnaa is again a pure Indian melody which signifies that love comes in a very divine and pure zone. It is a beautiful raag based melody and Sawai has sung it so beautifully that the listener will get to know the deep and potent side of Sawai as a singer.”

“Sawai’s voice conquered the nation in Sanseinn and with O Sajnaa, he will go one step further as it is again a difficult track which he has delivered with flying colours,” he adds.