Highly anticipated romantic action drama ‘Heropanti 2’ is one of the most awaited film of this season. The craze created by the 2014 release, Heropanti has just got elevated with the thrilling trailers of the film that have pushed the excitement of the audience little more further. 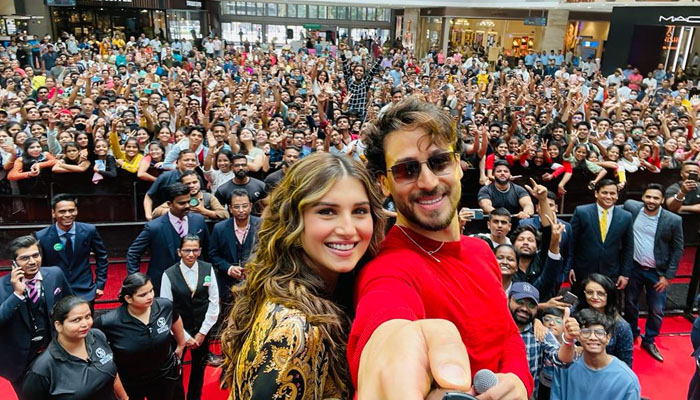 Tiger and Tara enjoys a huge fan base across the country. The stars are about to make a dashing appearance in ‘Heropanti 2’ that has been eagerly awaited by their fans which just got proved after looking at the crowd at the Mall where the leading stars of the film came for the promotions.

The crowd at the mall have covered almost all the parts of the mall. The stars were also seen enjoying the love they are receiving from the crowd as they were seen capturing the moment in their selfie. Having seen the madness amongst the audience for the film, it is quite evident that it’s going to break the records at the box office.

‘Heropanti 2’ presents Tiger Shroff’s Babloo who will be seen locking horns with Siddiqui’s Laila in a bid to stop cyber crimes across the world.

Written by Rajat Arora and directed by Ahmed Khan, the movie is all set to take us on an expedition. The music for the film is given by Oscar-winning singer A R Rahman. The film is all set to release on 29 April 22.