Bollywood’s most anticipated actioner Heropanti 2 is gearing up for its release on 29 April 2022. The film is considered to be one of the most optimistic action thrillers we have seen so far. India’s favorite action duo, Tiger and Sajid are all set to drop our jaws with the never seen action before. 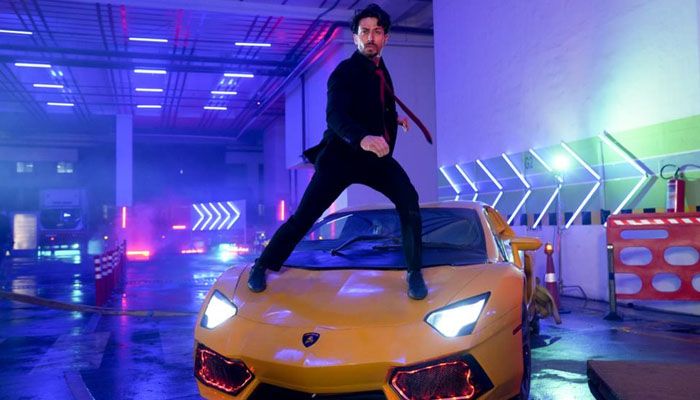 The to-be-released film is a sequel to Tiger’s debut film ‘Heropanti’. With several fans calling Tiger ‘The action king of Bollywood, the filmmakers are excited for the release of Heropanti 2. Apart from the film being shot at the most picturesque locations like England, India, Russia, Thailand, and Abu Dhabi, the film vows to showcase uniquely designed action orderings.

According to the source, 10 high-end luxury cars were used to make the stunt scene look substantial. “It took a heart of an action director to tarnish 10 deluxe Lamborghinis. Considering the requirement of heavy stunts in the sequence, we had to hire the most competent stunt trainers who could make the entire process smoother” says the source.

The source further added, “Heropanti 2 will have the biggest action sequence to have ever been filmed. The movie has been hugely mounted to give audiences visually stunning actions. We are certain that these scenes will be heralded by the lovers of high-performance sports cars lovers. We can already imagine the audience going gaga after watching these magnificent sequences. ”

Currently, the release of Heropanti 2 is the talk of the town. Apart from Tiger Shroff, Tara Sutaria and Nawazuddin Siddiqui will also be seen in the lead roles. Written by Rajat Arora and directed by Ahmed Khan, the movie is all set to take us on an expedition. The music track of the film is given by A R Rahman.