Starring Janhvi Kapoor in the titular role, Gunjan Saxena: The Kargil Girl’s trailer shows us the journey of a young girl who is trying to fight patriarchal societal norms. The film, produced by Dharma Productions and directed by Sharan Sharma, is all set to have an exclusive release on the streaming platform Netflix soon. 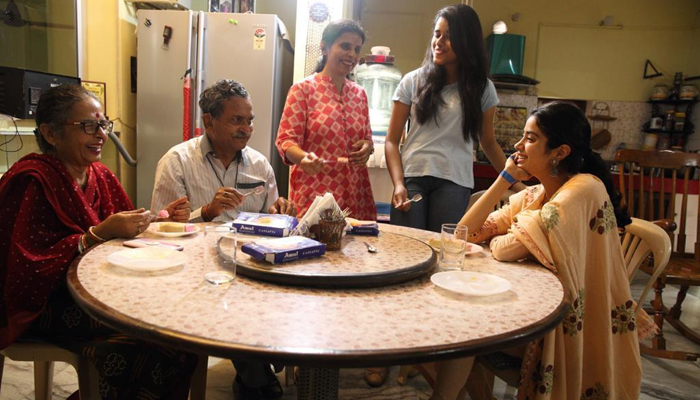 For the movie, Janhvi Kapoor has left no stone unturned as she went through extensive physical training and took flying lessons to get a good grip on the part she was playing.

But moreover, Janhvi went and spent a lot of time with the real Gunjan Saxena and her family when she went to the latter’s hometown. She understood her mannerisms at home versus when she is in command, her jovial demeanour and much more.

Earlier, talking about her biopic, the real ‘Kargil Girl’ had opened up on her Instagram, she wrote, “Lucky few like me have Sharan and Janhvi to narrate my story. None of life journeys are a walk in park and mine was no different. But at times a one track mind on goal does help. During my tenure in IAF, whatever little I could achieve was with the help of men and women in blue uniform. I sincerely hope everyone will enjoy the movie not because it is my story but more so because of the honest work of Sharan and his team (sic).”

Gunjan Saxena: The Kargil Girl is now streaming on Netflix.