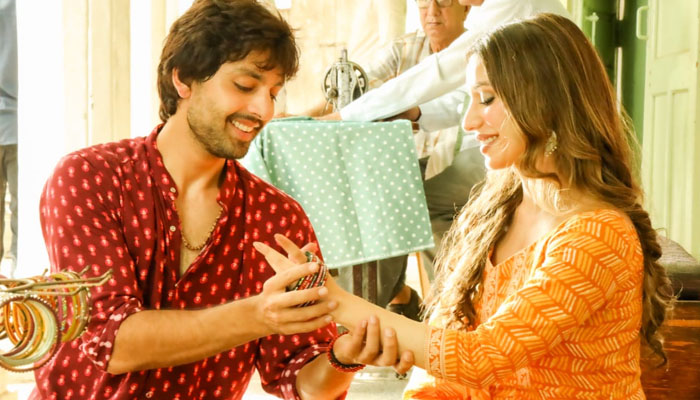 The shoot of the song was said to be extremely hectic with back to back schedules being shot within a short span of time and minimal down time for the actors. That surely didn’t stop Heli from indulging in a shopping spree!

A scene in the song depicts Heli going mojari shopping with Himansh and the shoes in the shot were so captivating that Heli could not resist but actually go ahead and buy them! Not only that one pair, Heli went on to buy 5 more pairs of the beautiful ethnic mojaris in addition to buying some traditional ensembles, bags and artefacts for her home.

Heli on shopping spree was noticed by the cast and crew of the song who followed suit and indulged in some retail therapy themselves !

“I was stumped by the beautiful creations of the Rajasthani culture and artisans. While shooting for Meri Tarah I could not help but dig in a bit deeper and buy some gems for myself as well. I didn’t notice that the crew of the song was seeing me throughout my shopping spree and caved in because of me by indulging in some retail therapy themselves! It totally became a shoppers day out for all of us on the sets of Meri Tarah!” Says Heli.