Filmmaker Kushan Nandy, who earlier made Babumoshai Bandookbaaz with Nawazuddin Siddiqui, has announced the title of his next directorial project Kun Faya Kun with an interesting and unique video featuring the film’s lead cast Harshvardhan Rane and Sanjeeda Shaikh. The shooting of the film begins tomorrow. 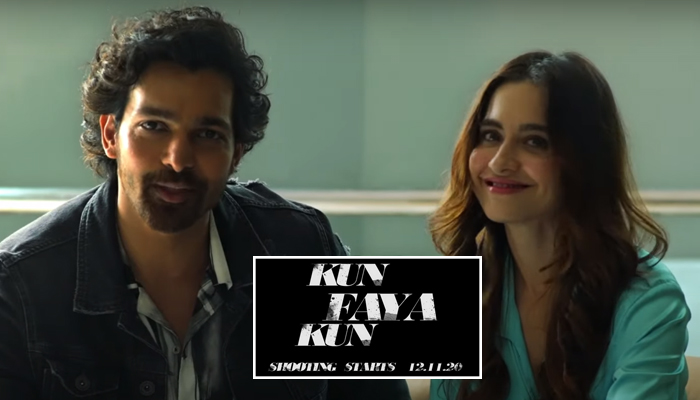 The announcement video, which dropped today, not just teases the viewers about the meaning of the title, but also hints at the film’s genre is an intriguing and creative way. The onscreen couple, which is teaming up for the second time after Taish, reveals it is a thriller genre.

Harshvardhan also explains what the title means, “Be..and it is!”, still leaving the viewers curious. And while the events that unfold in the video afterward gives movie buffs a closer look at the thrilling elements that will keep them on the edge, it suitably ends on a cliffhanger.”

Talking about the idea of the film’s announcement through a video, Kushan Nandy says, “Since the title of the film is like a mystery in itself pulling the audiences in, we thought it would be perfect to give them a sneak peek into what to expect from the film by telling them a bit, and holding up a bit. The announcement video also gives out the amazing onscreen camaraderie that Harshvardhan and Sanjeeda share, and we hope we have been able to pique the audience’s interest with it.”