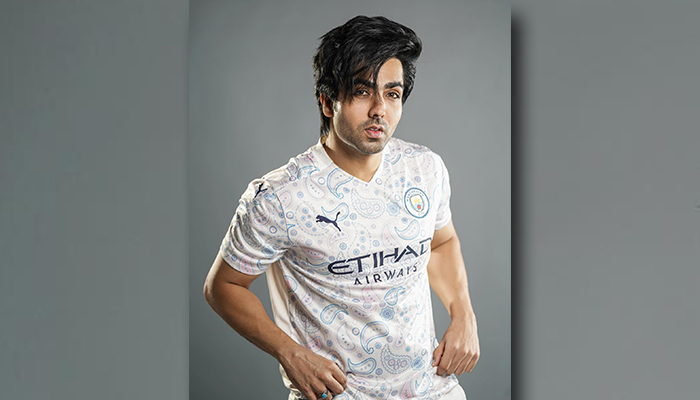 He did not want to miss the opportunity and has now become the first Indian Music artist to be associated with them. The actor posted a picture of himself in the Mancity Jersey on his social networking platforms. The Mancity club is also excited to have Hardy Sandhu on their panel and have given him a warm welcome.

Apart from his singing and acting Hardy has always been a sports buff. He played cricket for over a decade as a fast paced bowler for under 19 and played for Punjab’s Ranji Team with the likes of Ishant Sharma and Shikhar Dhawan but suffered an injury, forcing him to give up the game in 2007.

On the work front Hardy Sandhu will be seen in Kabir Khan’s much awaited movie ’83’ where he will be seen playing the role of cricketer Madan Lal.