Elli AvrRam ’s exciting pipeline of projects has been the talk of the town. One of her most awaited films, Goodbye has now got a release date and the fans can’t be any happier! 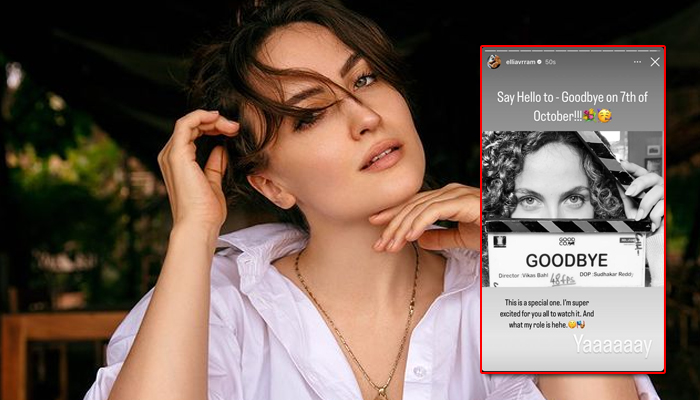 The versatile actress took to Instagram and shared a clap picture of her. This unseen picture was directed to the audience where she told them she can’t wait for them to see her role in the movie !

Speaking on the same Elli says “This is one project I am super excited for. To star alongside such stalwarts and legendary actors is a dream come true and the entire shoot process has been both enriching and educational. All I want to say is, say hello to Goodbye on 7th October!”

Apart from Goodbye Elli also has Ganapath in the pipeline along with Tiger Shroff, A south film opposite Dhanush Naane Varuven and a short film that is soon to be announced !