Remember the beauty that struck our eyes from the hit song Pehle Pyaar Ka Pehla Gham and Dhokha? That beauty, Khushalii Kumar is now set to leave us struck by her performances in her big Bollywood debut or better said debuts as she has three back to back films lined up ahead. 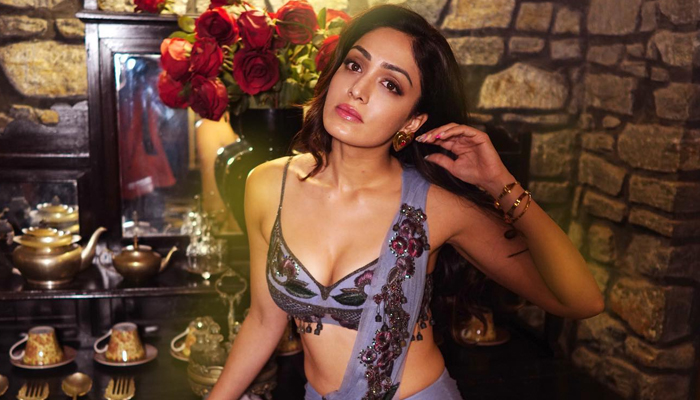 Khushalii Kumar is already a star face and has portrayed lead roles in quite a number of songs. Not known to many, but the actress is the first one to to take up acting as a career from the legendary musical Gulshan Kumar clan. She is all set for her unconventional debut with a number of b-town projects in her work kitty.

Khushalii who is busy shooting simultaneous schedules of her films, recently was spotted in and around the city as she resumed work for her film Ghudchadi. The lead actress hoped back on shooting the film and looked fresh as a daisy while she was spotted on the sets of the film. The film is set to release sometime by the end of this year and stars Sanjay Dutt and Raveena Tandon as well in a pivotal role.

The actor has been constantly receiving applauds for her versatile performances in the variety of songs done by her. Khushalii Kumar, impressing the audience and the industry with her nailing performances and elegant looks is currently working on films that are from different genres.

From being a fashion designer to making it big in the entertainment business, Khushalii Kumar has carved a path for herself. The actress has Dhokha Round D Corner alongside R. Madhavan. The film is directed by Kookie Gulati. Another one on the list is Dedh Bigha Zameen co-starring scam 1992 fame Pratik Gandhi under the direction of the veteran film maker Hansal Mehta.

And the third one which the actress was currently spotted is Ghudchadi along side Sanjay Dutt, and Raveena Tandon. The film also stars Parth Samthan that will bring back the hit pair on screen. Ghudchadhi is directed by Binoy Gandhi.