The couple, Gautam Rode & Pankhuri Awasthy are coming back yet again with a beautiful music video, this time in a different avatar altogether. Bringing this gorgeous duo together is none other than White Peacock Films & Sandstone Produced upcoming single, Chhano Maano! 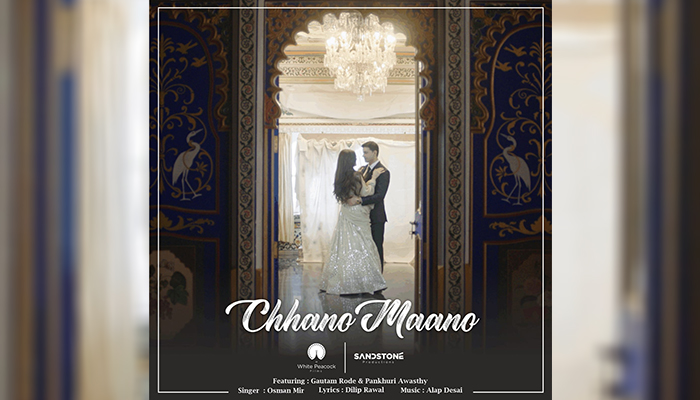 The peppy song which releases just in time for Navratri takes inspiration from the traditional folk songs of Raas-Garba and brings it to life ! The makers of the song have just dropped the first poster of ChhanoMaano and the vibe is just what we expect! A modern twist to the traditional tale!

The song has been shot in the beautiful city of lakes, Udaipur. The song is a beautiful portrayal of eternal love. This will be Gautam and Pankhuri’s first outing in a Gujarati language and it will be exciting to see how they portray their characters. The song is sung by Osman Mir, who lent his voice for the popular song, Nagada Sang Dhol from the Sanjay Leela Bhansali film Ram Leela.

Speaking on the song Gautam says, “This song is close to my heart because I am starring opposite my wife. ChhanoMaano was a lot of fun to shoot due to the theme of raas-garba and I would like to thank the producers for giving us the chance to step out of the ordinary and tap into something so exciting!”

“Gautam and I definitely had a blast shooting the song. When it came our way, we were extremely excited to groove to the tunes of a traditional folk number and releasing it during Navratri is going to be the highlight! Hoping that the audiences will love it as much as we loved shooting for it, all thanks to the producers, White Peacock Films and Sandstone Production.” says Pankhuri on the vibrant number.

With lyrics by Dilip Rawal and sung by none other than the fabulous Osman Mir, ChhanoMaano has been given music by Alap Desai and is produced by White Peacock Films and Sandstone Production.

While the poster of the raas-garba song has us all intrigued, the makers are yet to reveal the release date of the Gautam Rode and Pankhuri Awasthy single!