2022 will come bearing gifts for all the cine lovers! You ask how?! From what it looks like, a fresh crop of talent is all set to venture into cinemas and capture the space with their new energies, charm, and magic. So, before we enter the new year, here’s listing down five Gen-Z actors to watch out for on big screens! 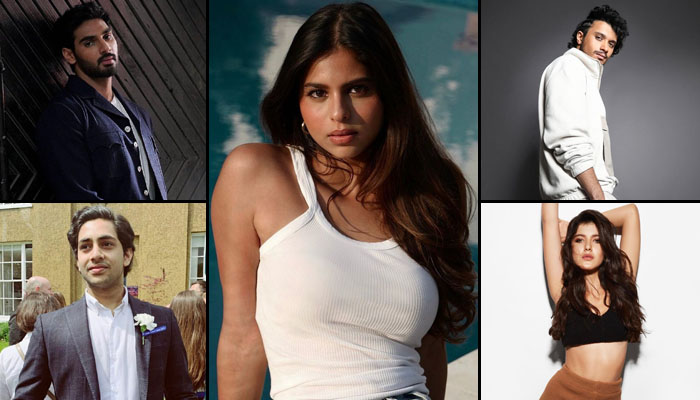 1) Ahan Shetty: Ahan Shetty is all set to make his smashing debut with Tadap this year! The actor has hooked the audience already with the intriguing trailer of the film.

3) Agastya Nanda: Soon to become a sensation, Agastya Nanda might make his debut with the ace filmmaker Zoya Akhtar and Khushi Kapoor. Hailing from the Bachchan family, fans are already excited about his venture.

4) Suhana Khan: After graduating in film studies from New York, Suhana Khan might appear on the big screen next year. She has been showing her acting prowess with plays and short films.

5) Shanaya Kapoor: Another name on the list is Shanaya Kapoor. Already a hit on Instagram for her fashion sense, the new-age actress will soon make her debut under the Dharma banner.