Karan Johar and his production house, “Dharma Productions”, is widely known for bringing some family dramas and romantic comedies to the audiences. Now finally, the renowned filmmaker is set to make his first horror franchise, featuring Vicky Kaushal in the lead. 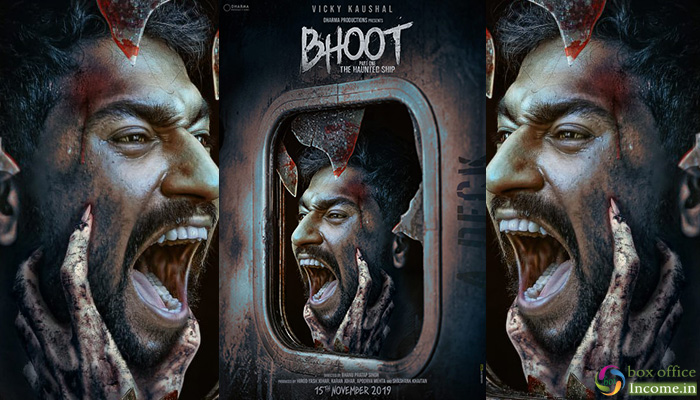 On June, 10th, Producer Karan Johar shared the film’s poster, in which a terrifed Vicky Kaushal can be seen screaming agaainst a window as a woman’s hand grabs his face. He shared a poster which read: “Dharma Productions is anchoring a new franchise of fear. November 15, 2019.”

Taking to micro-blogging site Twitter, Karan captioned the poster saying, ‘Presenting #Bhoot : Part One – The Haunted Ship! The FIRST in the franchise, starring the supremely talented @vickykaushal09, directed by @Bps_91. Sailing towards you on 15th November, 2019.@apoorvamehta18 @ShashankKhaitan @DharmaMovies’.

Actress Bhumi Pednekar took to Twitter, ‘Sinking my teeth into this special role in this very special film as my friend and brother @Bps_91 marks his debut with #Bhoot Part One – The Haunted Ship. In cinemas 15th November, 2019. Extremely excited for this one guys @DharmaMovies @karanjohar @ShashankKhaitan @apoorvamehta18 and the man @vickykaushal09,’ Bhumi added.

The film which is based on a true story, is set to hit the screens on November 15. Vicky Kaushal, who was last seen in critically-acclaimed ‘Uri: The Surgical Strike’, is currently filming Shoojit Sircar-directed ‘Sardar Udham Singh’