Introducing the next road trip film in their lineup, after Dil Chahta Hai and Zindagi Na Milegi Dobara— Excel Entertainment extends this genre to the girls this time, in collaboration with Tiger Baby for a project titled ‘Jee Le Zaraa’ starring Priyanka Chopra Jonas, Katrina Kaif and Alia Bhatt in the lead. 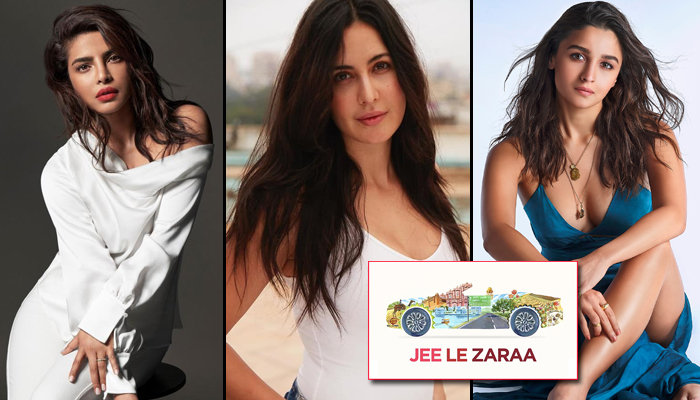 What makes this even more special is that the film will be directed by Farhan Akhtar and will be releasing in 2023. So, fasten your seat-belts, it’s about time the girls took the car out!

Excel Entertainment was founded by Ritesh Sidhwani and Farhan Akhtar in 1999. From having won national awards for their first couple of films like Dil Chahta Hai and Rock On, to being India’s official entry at the 92nd Academy Awards for Gully Boy, this duo’s always made a mark in films over the years.

Truly, this announcement of ‘Jee Le Zaraa’ two decades later, is one most exciting ways to celebrate this milestone for Excel Entertainment in collaboration with Tiger Baby, as the popular demand for another road trip chronicle turns into reality for the audience!

The film is set to begin production in September 2022.