Elli AvrRam is known to be a hard working girl. She’s very dedicated to her craft and it shows in the amount of effort she puts in for each role that she portrays on screen. After playing Sylvia in Alt Balaji’s last hit web series, she will be seen essaying an interesting character in Mohit Suri’s Malang. Calling it a different role, Elli talks about the kind of prep that went behind getting the nuances of the character right. 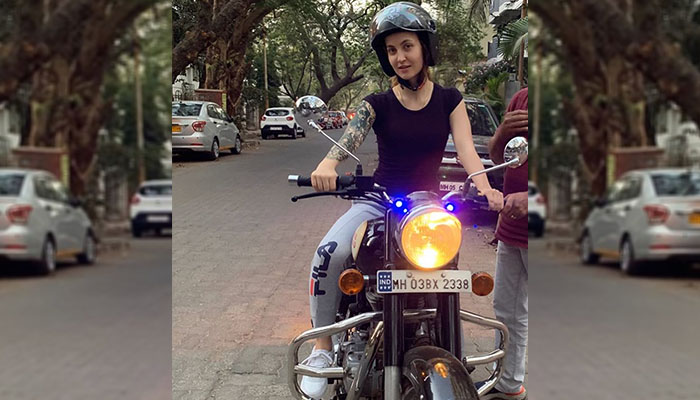 For the role, Elli learnt bike riding too. She uploaded a video recently on her social media where she can be seen learning how to ride the two wheeler, with the help of a trainer. Elli says, “I had to learn how to ride the bike because it was crucial to my role in Malang. When I was told about it, I started taking classes. My trainer told me if you do it well, you will learn in just three days. I took it upon myself as a challenge and believe me, I did it in exactly three days.”

She adds, “I started with a scooter on the first day and got a hang of it. Then I rode the bullet on the second day and by the third day, I could do it all by myself. I cannot reveal much about the role I have in the film but it’s a very promising and acting driven role. This is what I have been wanting to do for so long and it’s always been a dream to work with Mohit sir. Mohit sir asked me if I know how to ride a bike and I said no, but trust me sir I’ll learn it super fast. And I’m glad he put his belief in me, and I proved myself right.”

Not just this, her action prowess was also evident in a previous video she uploaded on her Instagram where fans went Gaga about the kind of martial arts she performed. People even started calling her India’s answer to the Black Widow. Now, with the bike riding lessons, she’s shown the same dedication and persistence which has worked in her favour too.