Sonam Kapoor, Anil Kapoor, Rajkummar Rao and Juhi Chawla starrer Ek Ladki Ko Dekha Toh Aisa Laga has taken a slow start at the box office but a couple of weeks back released Uri The Surgical Strike still has a strong hold over the audience across India and can hamper their performances over the weekend. 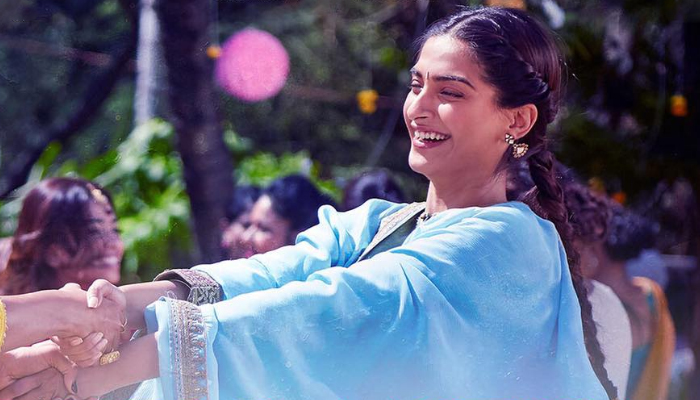 Directed by Shelly Chopra Dhar has got succeed to hit the target right. For its unconventional love story and brilliant performances by the actors, the film is getting positive reviews from the critics as well as the audience across India.

On the opening day, Ek Ladki Ko Dekha Toh Aisa Laga started the journey on a slow note with 10-15% of occupancy across the country for morning shows. Due to positive word of mouth, it witnessed a good jump in metro cities post noon shows and has done the business of 3.30 crores from approx. 1500 screens across India.

Despite being the solo Bollywood release, this film will face competition from holdovers, especially Kangana Ranaut’s Manikarnika: The Queen of Jhansi, which is still doing well at the ticket window. Vicky Kaushal’s Uri: The Surgical Strike might also create problems for Ek Ladki Ko Dekha Aisa Laga.

Produced by Vidhu Vinod Chopra under the banner of Vinod Chopra Films, and distributed by Fox Star Studios. Also features Akshay Oberoi, Regina Cassandra, Brijendra Kala and Madhumalti Kapoor in supporting roles. It marked the Bollywood debut of Cassandra, and the first collaboration between real-life father and daughter Anil and Sonam.