The major release of this Friday, Ek Ladki Ko Dekha Toh Aisa Laga aka ELKDTAL is all set to hit the screens with good buzz among the audience. Directed by the ace filmmaker Shelly Chopra Dhar and written by Gazal Dhaliwal, it is an unconventional love story starring Sonam Kapoor, Anil Kapoor, Juhi Chawla and Rajkummar Rao in lead roles. 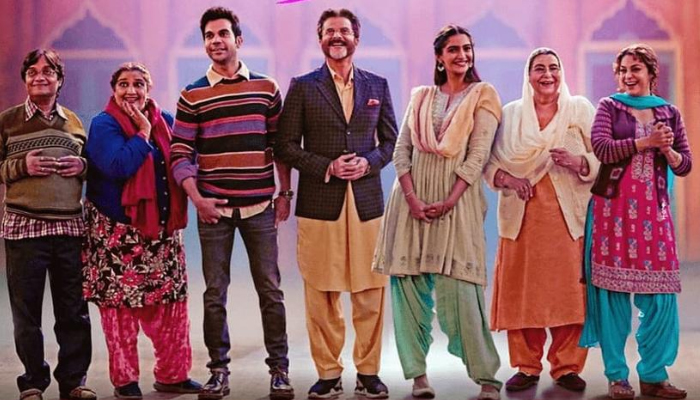 The film has the father-daughter duo of Anil and Sonam Kapoor coming together on screen for the first time. Also, the film brings back Kapoor with Juhi Chawla with whom he has done movies like Loafer, Benam Badshah, Salaam-e-Ishq and others.

Shelly Chopra Dhar’s directorial Ek Ladki Ko Dekha Toh Aisa Laga is releasing on 1500 screens across the country and registered an average advance booking so far. With good buzz, it is expected to rake around 2-3 crores on the opening day with 10-15% of occupancy nationwide. Further performance depends on the reaction of viewers.

The film will have a major competition from Uri: The Surgical Strike, which is still running strongly at the box office. Kangana Ranaut’s Manikarnika too is expected to give the film a good fight at the beginning. However, Fakir of Venice, releasing on the same day is not expected to do a good business at the box office.

Also in the cinema halls this weekend is ‘The Gandhi Murder’ directed by Karim Traidia and Pankaj Sehgal. The film is muddled in controversy as it touches upon the ‘real truth’ behind Mahatma Gandhi’s assassination on January 30, 1948. Interestingly, the movie is not releasing in India.