After taking a slow start on Friday, Ayushmann Khurrana has picked up on Saturday & Sunday and registered an overall decent opening weekend at the box office. While the adjacent South offering Kantara has shown a solid performance throughout in India. 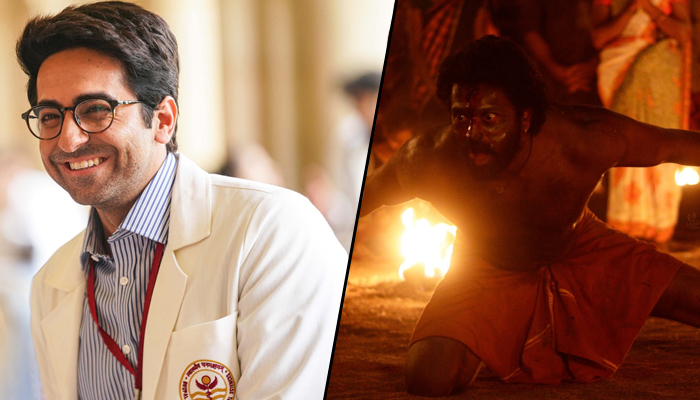 On Friday, Junglee Pictures’ production was opened at a low note and did the opening business of 3.87 crores. On Saturday, it took a substantial growth and bagged the amount of 5.22 crores. On the next day i.e. Sunday, the film has managed to collect 5.94 crores and raised 3 days total collection to 15.03 crores at the domestic box office.

While the dubbed Hindi version of the Kannada film Kantara starring Rishab Shetty has received mostly positive reviews from critics for its powerful storyline. But still, it didn’t get much occupancy on Friday and had registered a low opening business of 1.27 crore.

Then on Saturday, due to a positive word of mouth, Hombale Films’ production action drama had picked up superbly and did the business of 2.75 crores. On Sunday, with a further jump, it has bagged the amount of 3.50 crores and raised its 3 days total domestic collection to 7.52 crores.

Talking about the worldwide box office collection, Kantara stands at 142.84 crores gross and will be hitting the 150 crore mark in one or two days.