Divya Khosla Kumar starrer music single Yaad Piya Ki Aane Lagi that released in the last quarter of 2019 has turned out to be a huge chartbuster among the audiences. While the song has received a lot of applause, thanks to Neha Kakkar’s amazing vocals, the music video garnered immense praise because of Divya’s effortless performance. Her transformation in the 7 minute video itself proves her acting prowess and now, there’s good news for everyone involved. 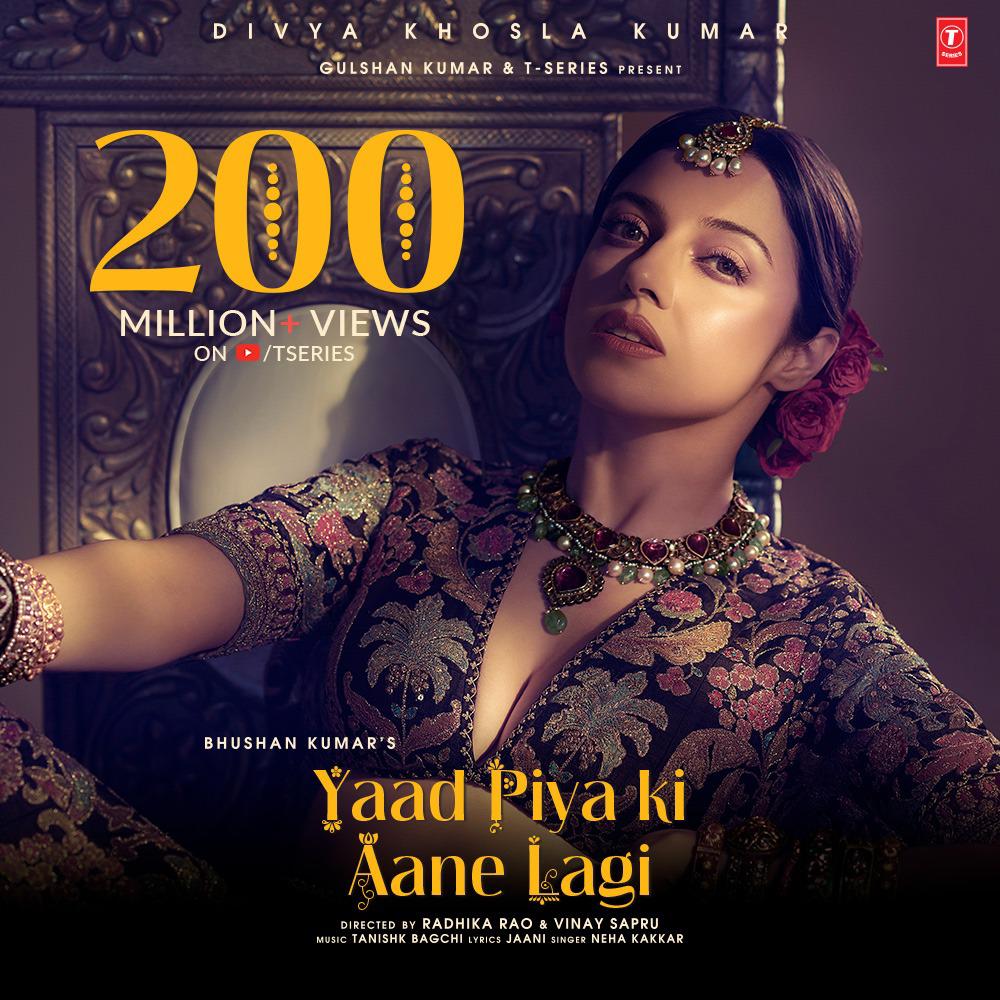 Yaad Piya Ki Aane Lagi has hit a home run and tread past the 200 million mark on YouTube now. This also makes it yet another milestone that the music single has achieved in the last two months. The listeners have lapped up the song, making it a chartbuster topping several music charts and lists on radio channels. In fact, the video became a rage on social media with several TikTok and Instagram dance challenges becoming the order of the day.

During college visits, the youth has turned up in crazy numbers to celebrate the success of the dancing track. Divya’s look also became a hot topic of discussion with several girls immitating her look from the video. No wonder the song remained at the numero uno position on several streaming platforms for the longest time.

Now, with over 200 million views, it is also one of the most successful songs the music label launched in the recent past. Divya is elated and shares, “It is a huge achievement for the entire team. The fact that the song has crossed over 200 million views only goes on to prove that our listeners and viewers have loved it. I’m extremely happy with the response to the whole track. I keep watching the videos on the song that people share on social media and they are amazing.”

“When we designed the song, we didn’t know it will become such a craze. I’m so thankful for the response I’ve received & for the love & acceptance everyone has given .Everyone have been wanting to know how the story will move ahead and all of that will be answered soon, too.” she adds.