After launching the teaser poster of her new song, ‘Yaad Piya Ki Aane Lagi’ recently, the multi-talented and gorgeous Divya Khosla Kumar has shot for the recreated number of Falguni Pathak’s popular song (from the 90s) today at Mumbai’s Jogeshwari station. 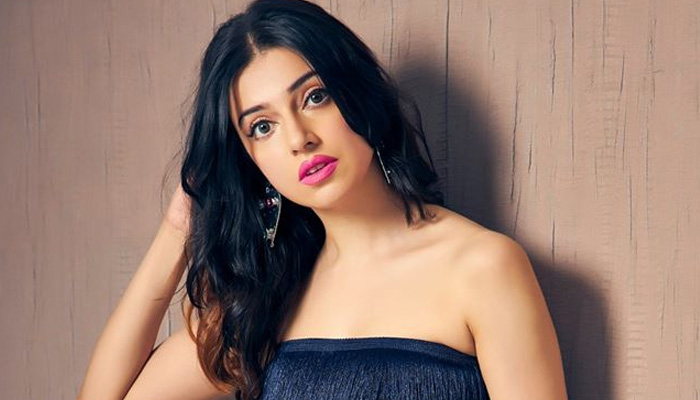 Having been featured in various popular music videos including T-Series’ ‘Kabhi Yaadon Mein Aao’, Divya is set to impress the music lovers, especially her fans with her next lovely track, ‘Yaad Piya Ki Aane Lagi’.

Life has come a full circle for Divya, as she started her career with one of Falguni Pathak’s popular numbers, ‘Aiyo Rama’. Interestingly, Radhika Rao and Vinay Sapru, who have directed the recreated track ‘Yaad Piya Ki Aane Lagi’ spotted Divya and casted her for ‘Aiyo Rama’ in the past.

Divya informs, “Yaad Piya Ki Aane Lagi is one of my favourite tracks. So, when Radhikaji and Vinayji suggested it as something we can work on, I agreed immediately. It’s their idea and I’m very excited about shooting for it.” The popular actress-filmmaker who will be seen sporting different avatars in the video, explains, “As far as the audio goes it’s nowhere similar to the original song; it’s a beautiful recreation, keeping the melody intact, albeit more peppy.”

“There are several songs from our Hindi music industry which are beautiful. Yet many from today’s generation have not had a chance to hear them. Recreation is one such way to introduce them to these songs with a fresh tune and flavor that is very today,” Divya adds.

Divya is confident that the new recreation will be a huge success alike the original version. “The original song will always remain popular. Our version will be well accepted because of its melody, contemporary sound, concept, story and re-enactment.”

After shooting for some portions in Jogeshwari, much to the surprise of the rail commuters, Divya and the team will move to South Bombay and also shoot a part in a college campus.

The recreated version is a single produced by Gulshan Kumar, Bhushan Kumar and T-Series, penned by Jaani, sung by Neha Kakkar and music given by Tanishk Bagchi is completely Radhika and Vinay’s concept of how they see Divya, a talented actress, enacting their vision