In a country which idolizes the sport of Cricket, Saina Nehwal’s inspiring story in the world of Badminton takes over as a biopic for the big screen, directed by Amole Gupte starring Parineeti Chopra in the lead role. Right from its announcement to the trailer launch the film is already touted to be one of the best and biggest sports biopics of the country. 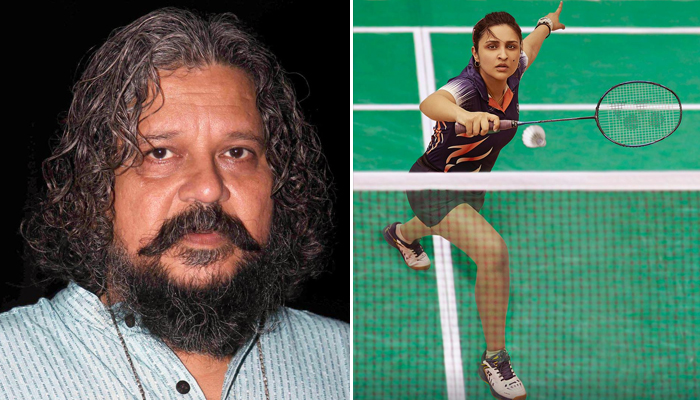 Although the Indian entertainment industry has seen several films based of ON cricket or hockey, acclaimed director Amole Gupte, was deeply moved by the story of Saina Nehwal. “I go where my heart leads. I was fascinated BY Saina’s story, when I saw this young girl go on to become the World No. 1 in Badminton, the first woman to achieve this feat for India. Saina is a story of this simple girl from a simple middle class background who worked towards becoming the champion”, says Amole Gupte when asked why he chose the not-so-talked about sport of Badminton Over other popular sports.

To get into the depth of her life, he decided to visit her and her family in Hyderabad. ” I was excited to burrow neck deep into her life and her journey. I was taken aback by the World No. 1 champion and her family’s modesty. Their honesty, simplicity anD humility left me awe-inspired.”

Producer Bhushan Kumar concludes, “Since the time Saina Nehwal became a World No.1, she brought limelight towards the sport of badminton and then several young girls and boys started leaning towards the sport. Hers is a story of female spirit and determination to dream big. I am proud to be associated with the film that will help celebrate the sport, the never-give-up spirit and make young minds dream.”