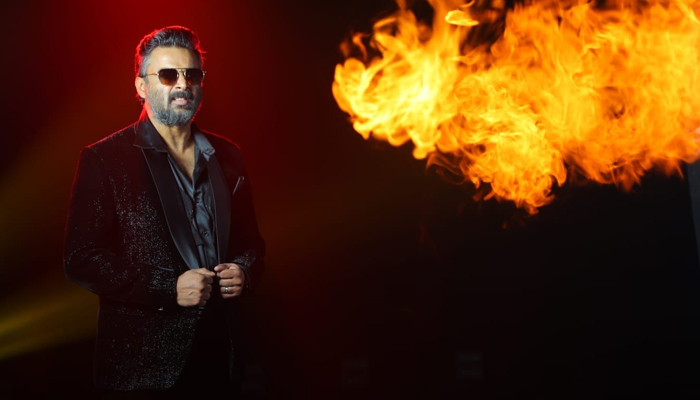 It’s fascinating to notice that the talented and method actor, R Madhavan has featured in a groovy dance track after a long gap of 11 years! That’s right, the actor last appeared in the song Saddi Galli from Tanu Weds Manu in 2011; since that time, we haven’t seen him in such a number until ‘Mere Dil Gaaye Ja.’ His impeccable look in the song has women floored and we would absolutely love to see him more in such tracks!

‘Mere Dil Gaaye Jaa’ is a remake of the legendary song Zooby Zooby and the vibrant track is already climbing charts. The song has been touted as the disco anthem of the year, all thanks to the legendary Bappi Lahiri’s iconic tune and visuals of a retro vibe.

Speaking about the song, R Madhavan said, “It’s been a while since I worked on such a song that makes you want to dance. ‘Mere Dil Gaaye Ja’ was extremely fun to shoot and to recreate an iconic song is a great a pleasure and honour. I am not much of a dancer myself but this song will definitely make you groove with its classic retro vibe.”

The film is produced by Bhushan Kumar, Krishan Kumar, Dharmendra Sharma and Vikrant Sharma and is slated to hit theatres on 23rd September 2022.