This September is going to be the season of Dhokha! R. Madhavan, Aparshakti Khurana, Darshan Kumaar & Khushalii Kumar’s suspense drama Dhokha Round D Corner gets a release date of 23rd September 2022. Directed by Kookie Gulati, this thriller marks debut of Khushalii Kumar. 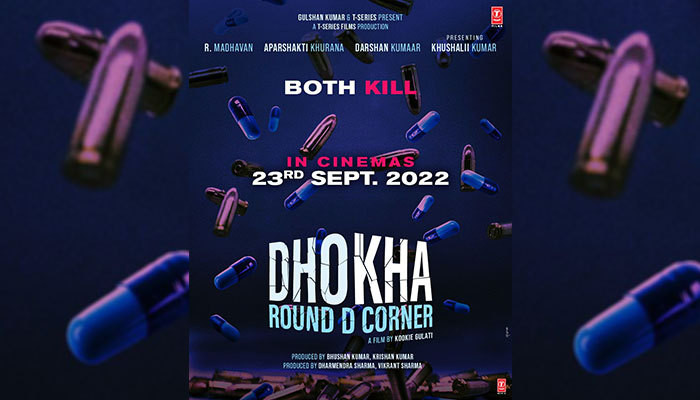 The announcement was made by Bhushan Kumar-led T-series in a post on Twitter. “#DhokhaRoundDCorner gets a release date! #RMadhavan #AparshaktiKhurana #DarshanKumaar #KhushaliiKumar starrer suspense drama directed by #KookieGulati is set to release on September 23, 2022,” the production house tweeted along with the film’s official poster.

Dhokha – Round D Corner is a multi-perspective pacy film that will have you on the edge of your seats.

Based on a day in the life of an urban couple, the suspense drama takes you on an unexpected journey with twists and turns showcasing a grey shade of each character. One day can change your life and Dhokha will compel the audience to ponder over what is true and what is false.