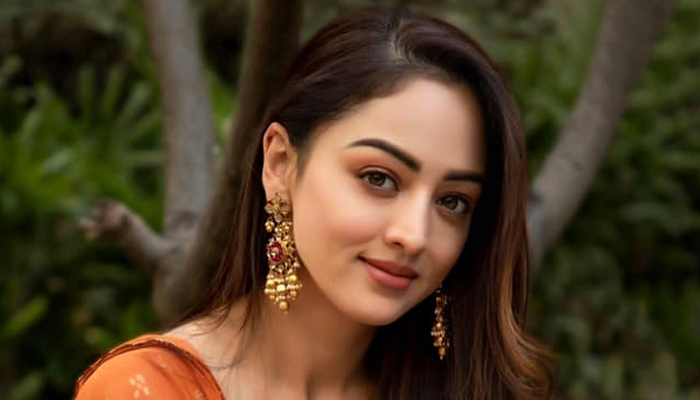 Looking ethereal and serene in six yards, Sandeepa Dhar shared a video flaunting her varied mesmerizing moods saying, “Nothing speaks grace better than a saree . ❤️🙂 I am a day late, but I believe saluting our weavers & all those associated with the handloom sector contributing towards our rich indigenous heritage culture, can’t be restricted by time. #nationalhandloomday”.

Often embracing her Indian vibes in sarees, Sandeepa Dhar is known to allure the audience with her beautiful pictures and videos.

Apart from her impressive performances in diverse characters, Sandeepa Dhar entices her fans and followers with attractive pictures and dance videos through her social media.

After a streak of successful performances in MumBhai, Bisaat and Chattis aur Maina unfolding the varied facets of her versatility, Sandeepa Dhar will be seen next in Anushka Sharma’s production ‘Mai’, glimpses of the shoot have already piqued the interests of the audience through sneak peeks on her social media.