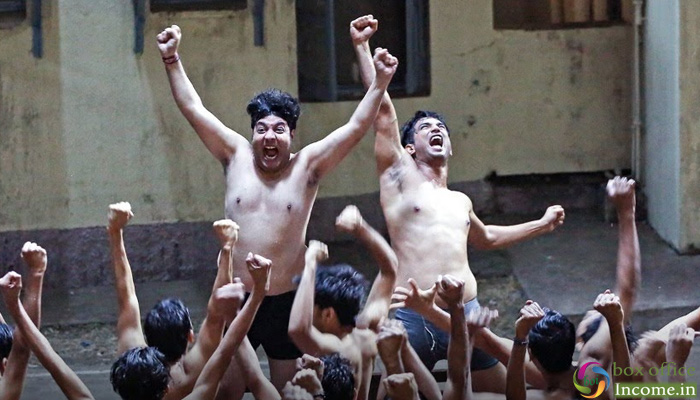 Jointly produced by Nadiadwala Grandson Entertainment & Fox Star Studios, Chhichhore has gathered mostly positive reviews from the critics as well as the audience and gained a good word of mouth. As a result, it had registered a strong business of 68.83 crores in the opening week that included 35.98 crores in the weekend & 32.85 crores on weekdays.

Now Sushant-Shraddha starrer is now running in the second week and started the weekend at a fair note. On 2nd Friday, it managed to collect the amount of 5.34 crores despite new releases Dream Girl, Pahlwaan and Section 375.

On the next day i.e. 2nd Saturday, Chhichhore took a healthy jump and minted the amount of 9.42 crores. With this, its 9 days total collection has become 83.59 crores nett at the domestic box office. As per the current trend, it is likely to go past 96 crores by the end of this weekend.

The film is now a definite superhit for sure and that is heartening indeed for everyone associated with the film, audiences, as well as industry as a whole since different genres are being accepted by audiences on week by week basis.