Ever since the trailer of the upcoming film, Satyameva Jayate 2 was released, fans have been eagerly waiting to see the unique pair, John Abraham with the stunning Divya Khosla Kumar make their onscreen appearance. The wait is not much longer, as 2 songs were released back to back starting with the soulful — followed by what is sure to be the wedding song of the season, Tenu Lehenga. 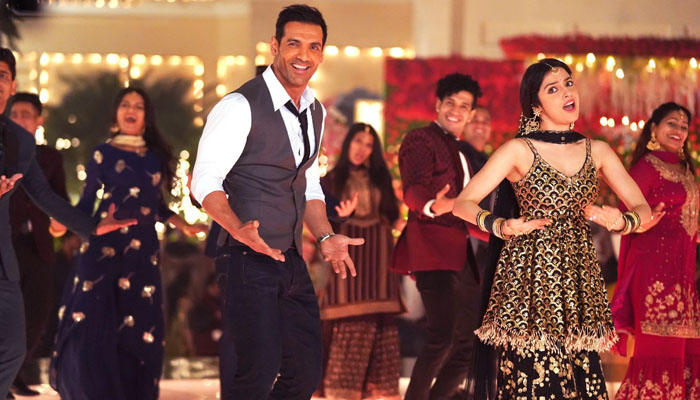 Lehenga is all about fun and festivities and the joy of weddings, it also highlights the sizzling chemistry between the lead pair of the film. Divya looks drop dead gorgeous in a black and gold attire with traditional jewelry and ornaments that perfectly complement the dapper John Abraham’s sharp look.

And what’s more? The song has 2 John Abraham’s as its now evident that this would be a multi role for him! Divya is seen showcasing some amazing dance moves with not one, but both the onscreen John’s! The song is a classic one that has been re-created for the film.

Speaking on the song, Divya says that, “If you’ve heard Lehenga then you will agree with me that it’s definitely the top track of the year! It’s peppy, it’s fun and it’s playing on loop at all Diwali parties. The other day, I was scrolling through Instagram and there are already so many reels on the song, it makes me happy. I’m so glad to be a part of such a vibrant number that too with two John’s.”

The song has already become a wedding anthem since its release and the video makes it even better!