Last Friday released the Hollywood biggie Captain Marvel has completed its first week on a strong note despite having several new & existing Hindi offerings in parallel. Now it has entered in the second weekend and still has a good hold over the Indian audience despite three more new Hindi offerings. 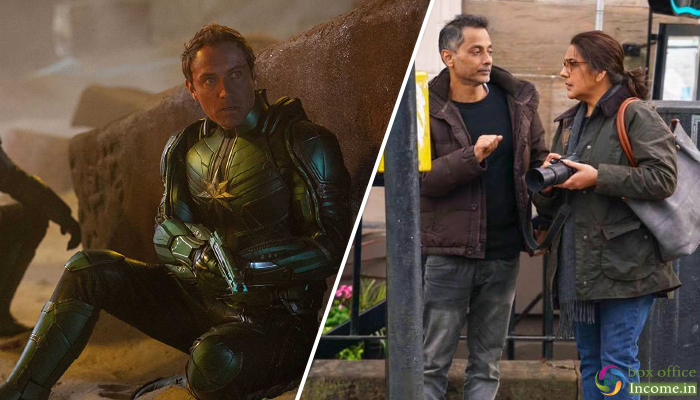 After a week, the total collection of Captain Marvel was recorded at 56.41 crores from 1900 screens nationwide. Now it has entered in the second weekend and has new arrivals in the opposite. On 2nd Friday, Marvel Studios’ presentation managed to collect only 3.15 crore and raised 8 days total domestic collection to 59.56 crores.

While on the other hand, Amitabh Bachchan and Taapsee Pannu starrer Badla has also received mixed reviews from critics but audience found it much entertaining. In the opening weekend, it minted the amount of 23.20 crores with 5.04 crores on Friday, 8.55 crores on Saturday and 9.61 crores on Sunday.

Then in weekdays it remained steady and raked 14.80 crores that included 3.75 crores on Monday, 3.85 crores on Tuesday, 3.55 crores on Wednesday and 3.65 crores on Thursday. After a week, total collection of Badla was recorded as 38 crores.

On 2nd Friday, Sujoy Ghosh’s directorial witnessed a more jump than the previous day and minted the amount of 3.75 crore. After 8 days, the total collection of Badla presented by Red Chilles Entertainment has become 41.75 crores at the domestic box office.