After a decent start on Friday, the mystery crime thriller Badla which is an official adaptation of the 2017 Spanish film The Invisible Guest has showed a fair growth on Saturday despite having the newly released highly Captain Marvel in the opposite. 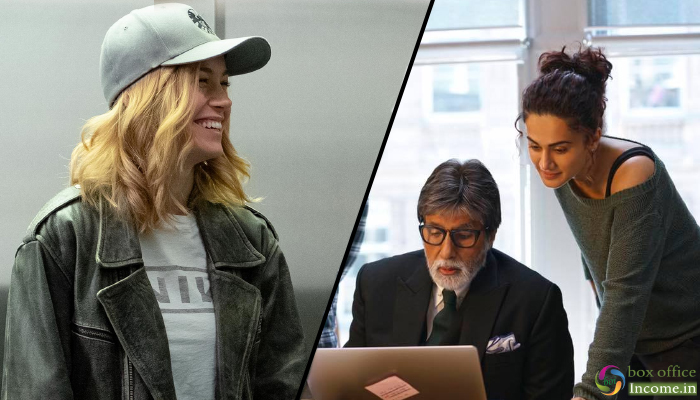 Directed by Sujoy Ghosh, Badla has received mostly positive reviews from the critics as well as the audience for its engaging and inspiring story-line backed by the outstanding performances of leading actors Amitabh Bachchan and Taapsee Pannu. The director is also being appreciated by many for its convincing direction.

On the opening day, Red Chillies Entertainment’ presentation started the journey on an decent note but managed to collect a decent business of 5.04 crores. Then on Saturday, it took a healthy jump of and minted the amount of 8.55 crores to takes its 2 days total to 13.59 crores.

On the other hand, the American offering Captain Marvel has released with 1900+ screens and as expected received positive feedback from the Indian audience. Produced by Marvel Studios and distributed by Walt Disney Studios Motion Pictures witnessed a good opening in India.

On Friday, this Hollywood superhero film got a good response from metro cities and registered the business of 13.01 crores. On its second day i.e. Saturday, the movie showed a fair growth and collected 14.10 crores. With this, the total 2 days collection of Captain Marvel has become 27.11 crores nett at the Indian box office.