The two major releases of this week, American superhero film Captain Marvel and mystery crime thriller Badla are getting mostly positive reactions from the viewers. But one week back released Luka Chuppi still has a strong hold over the audience across India and can hamper their performances over the weekend. 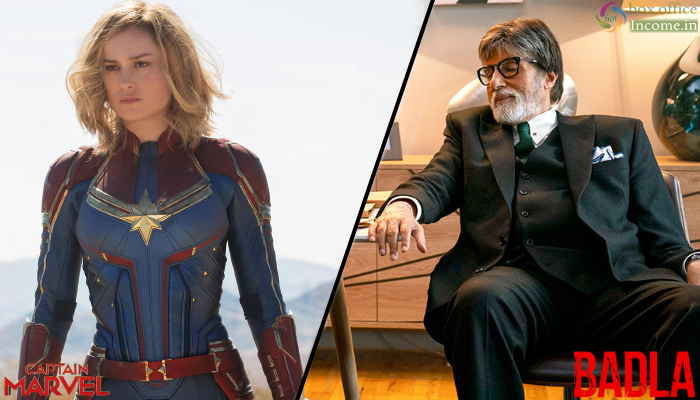 For its engaging plot, high octane actions and jaw-dropping stunts, the movie is getting rave reviews from the critics globally including India. On the first day, it opened on an excellent note and made a considerable dent in the performance of all Hindi movies.

On the other hand, Hindi mystery crime thriller Badla which is an official adaptation of the 2017 Spanish film The Invisible Guest has released with a decent buzz. Badla is being liked by most of the audience but getting mixed reviews from critics.

On the opening day, Sujoy Ghosh’s directorial this crime thriller opening to slow note and witnessed around 20% of occupancy. With decent growth over the evening and night shows, it minted 5.04 crores at domestic box office.